WORLD Congress marks 400th anniversary of slaves arriving in US

Congress marks 400th anniversary of slaves arriving in US 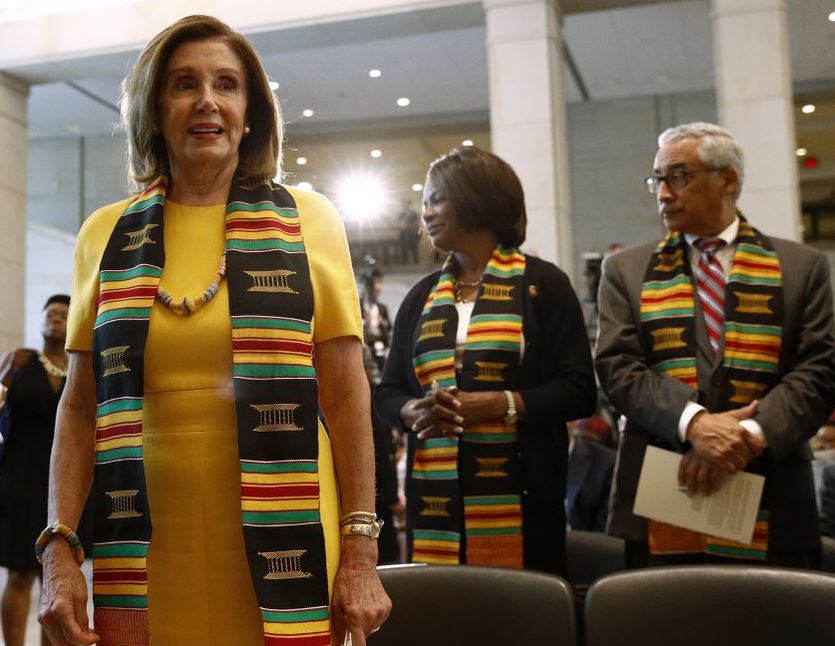 Members of Congress are observing the 400th anniversary of the arrival of the first enslaved Africans in America.

The commemoration Tuesday at the Capitol comes at a time of renewed interest over the history of slavery and its aftermath on contemporary society. House Speaker Nancy Pelosi said it’s time to “tell the unvarnished truth.”

The Republican leader of the House, Kevin McCarthy of California, said “there’s more progress to make.”

The observance was held in Emancipation Hall, which is named for the contributions of enslaved laborers who helped build the Capitol.

It was organized by the Congressional Black Caucus and comes as questions about income inequality, reparations for slavery and others are spilling into politics in a way not seen since the Civil Rights era.