Two conservative hoaxers face a record $5.1 million fine for allegedly making illegal robocalls to wireless phones without the owners' consent in the 2020 election. 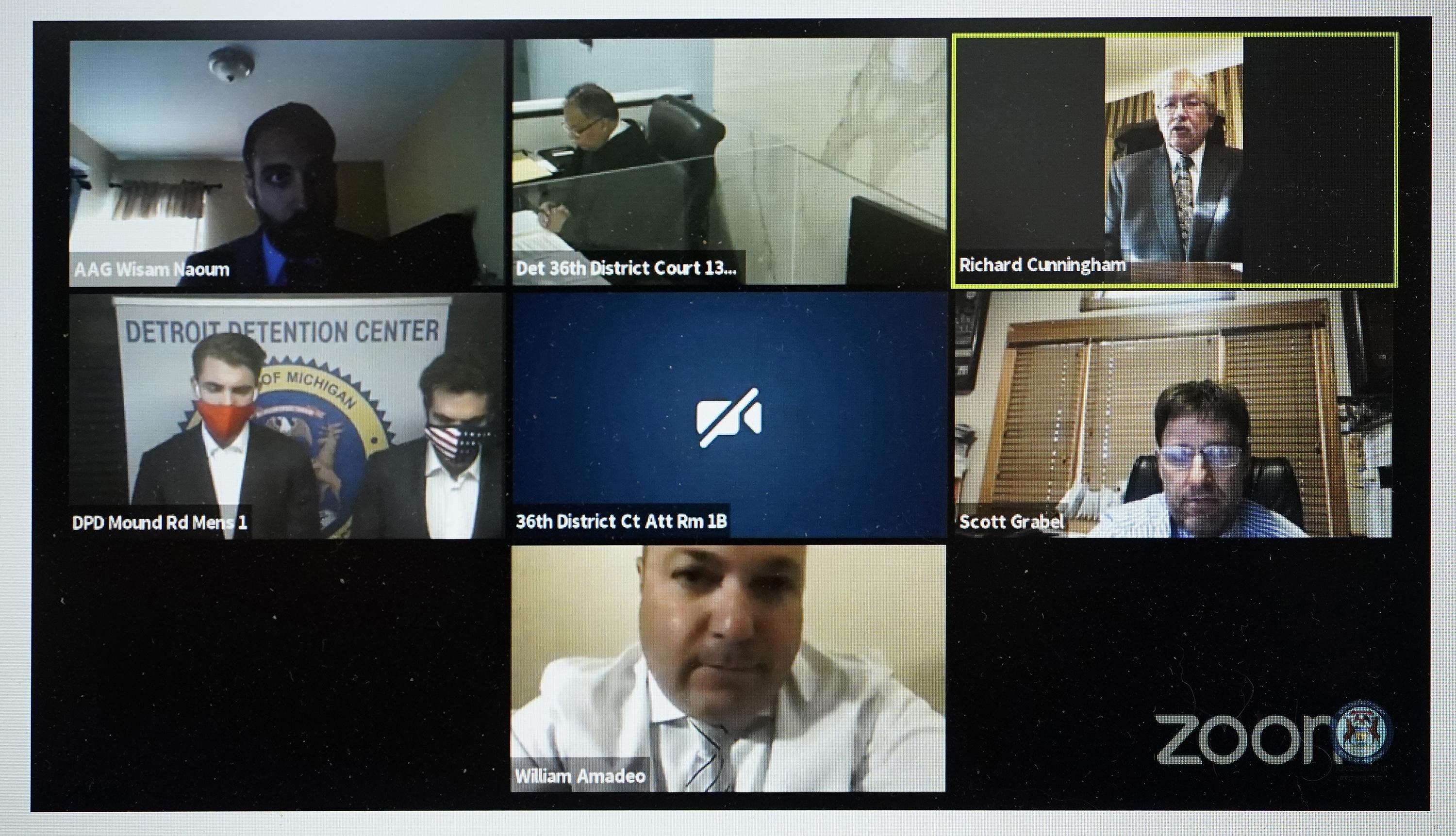 In this. Oct. 8, 2020 image from video provided by the 36th District Court in Detroit, Jacob Wohl, left, and Jack Burkman, shown in the center left photo, are seen during an arraignment being conducted over Zoom in Detroit. (Photo: AP)

The Federal Communications Commission said Tuesday that the proposed fine for Jacob Wohl, Jack Burkman and Burkman's lobbying firm would be the largest ever for violating the Telephone Consumer Protection Act.

The FCC said federal law prohibits making prerecorded calls to cellphones without the permission of those receiving the calls. The agency, which determined 1,141 calls went to mobile phones on Aug. 26 and Sept. 14, proposed a $4,500 fine for each one.

The FCC said it worked with the Ohio attorney general's office to obtain subpoenas from two dialing service providers showing emails from Burkman and Wohl, including ZIP codes to target and "the tape we want to go out." They will have an opportunity to respond before the commission takes action.

In emails to The Associated Press on Wednesday, Wohl and Burkman said the Biden administration is looking to distract from the U.S. pullout of Afghanistan and other woes.

"We will not be deterred or discouraged," Wohl said. Burkman called the proposed fine "sad."

The FCC said it was the first time it issued notice of a fine without first issuing a citation, citing a 2019 change in the law.