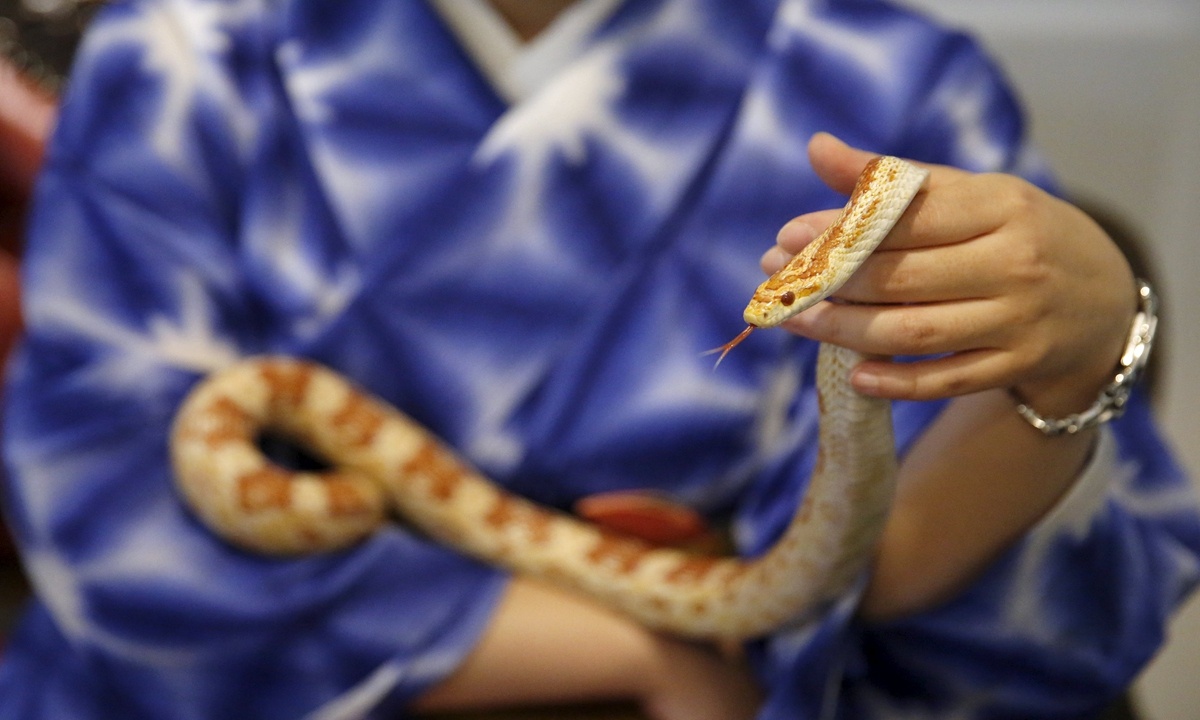 Public transport bosses in northwest England on Tuesday clarified the rules on face coverings after a bus passenger was spotted with a snake around his neck and mouth.

The commuter was spotted on a bus bound for Manchester but fellow passengers initially believed he was wearing a colorful face covering. Photos of the man showed what appeared to be a python coiled around his neck and face but he was not wearing a mask as required underneath.

The use of face coverings is mandatory on public transport in Britain, to prevent the spread of the coronavirus.

"While there is a small degree of interpretation that can be applied to this, we do not believe it extends to the use of snakeskin, especially when still attached to the snake," he added.