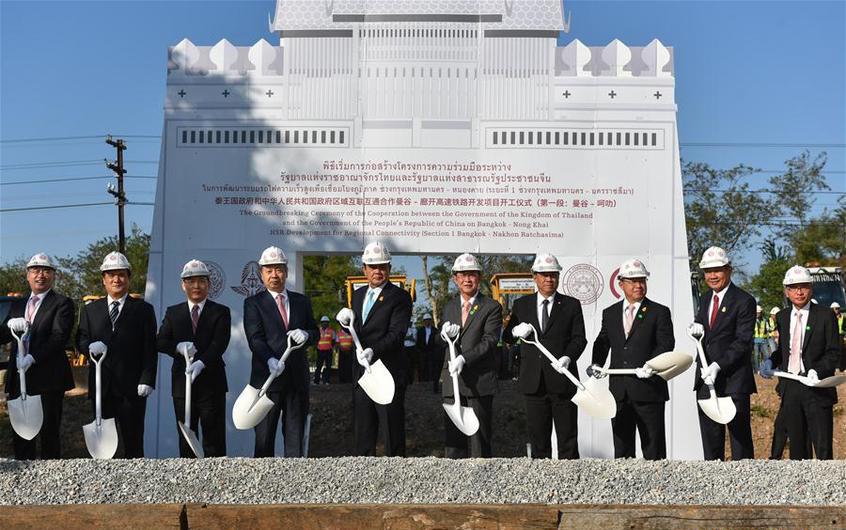 The construction of a Thai-Chinese high-speed rail between Bangkok and Nakhon Ratchasima in northeastern Thailand is expected to get fully started early next year, following biddings later this year, said Transport Minister Arkhom Termpittayapaisith on Friday.

Arkhom, who co-chaired the 24th meeting of the Joint Committee on Thailand-China Cooperation on Rail Project with Ning Jizhe, deputy head of China's National Development and Reform Commission, said the construction of the main sections of the first phase of the high-speed rail from Bangkok to northeastern province of Nakhon Ratchasima will start in March next year.

The entire 253-km route between Bangkok and Nakhon Ratchasima is divided into 14 sections, two of which are considered minor sections located in the northeastern province, including an initial 3.5-km-long section currently under construction between Klang Dong and Pang Asok stations, which started late last year.

Meanwhile, the 350-km high-speed rail between Nakhon Ratchasima and Nong Khai, which is facing the Lao capital Vientiane across Mekong River, will be implemented by Thailand with China acting as consultants in terms of feasibility study and design, Arkhom said.

The feasibility study and design are scheduled to be finished within this year so that the construction will begin next year, the minister noted, adding that they will work hard to make both phases, or the whole high-speed rail from Bangkok to Nong Khai, operational at the same time.

Another bridge across Mekong River will be built to accommodate the high-speed railway, which is designed to link southern China with Thailand through Laos.