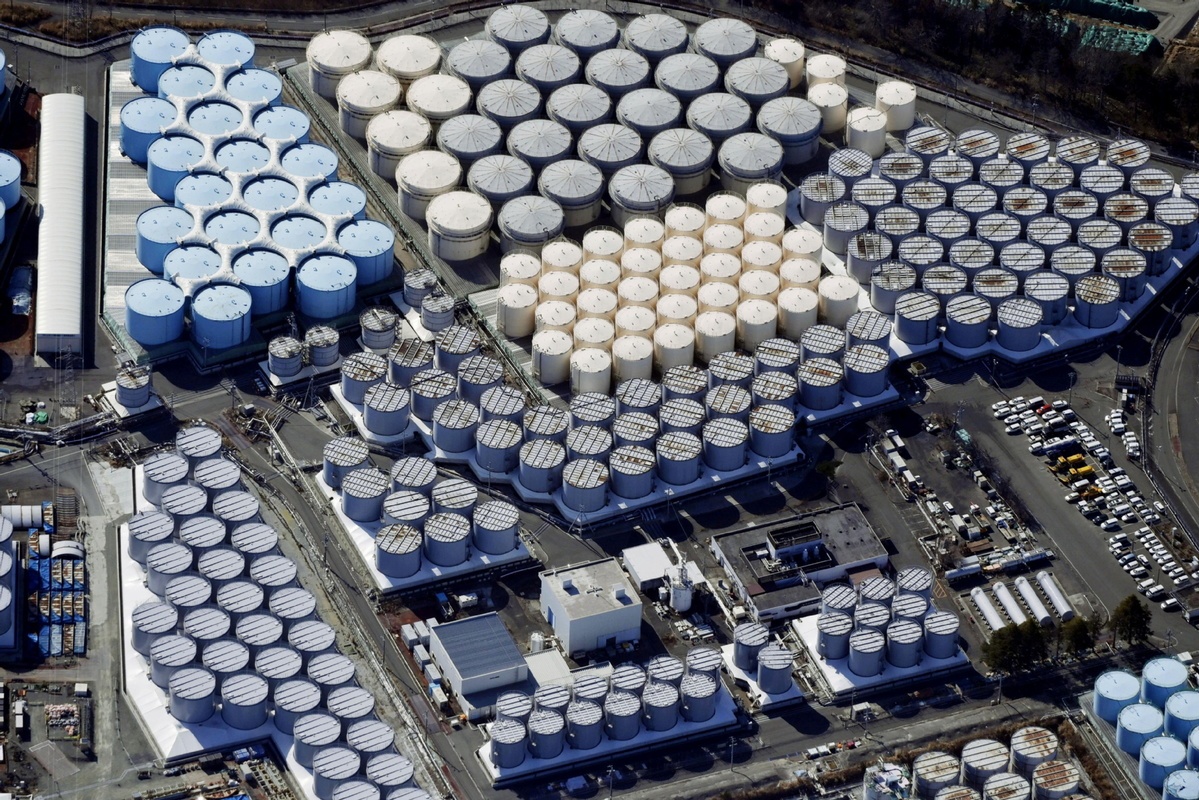 The peak of radioactive nuclear wastewater Japan plans to dump would reach the middle of the Pacific Ocean within two years of its release and eventually approach the west coast of the United States, a German study found.

Erik Behrens, a research fellow at the Helmholtz Center for Ocean Research in Kiel, Germany, copublished an essay in 2012 with his colleagues on Environmental Research Letters, which is also shared for open access online.

In that report, they calculated the long-term dispersion of radioactive material by ocean currents once the material from the Fukushima Daiichi nuclear power plant enters the ocean.

In their simulation, they used a slowly decaying tracer with a half-life of 30 years, similar to Cesium-137. The tracer was continuously injected into the coastal water for weeks and they "measured" the tracer cloud day after day.

In all three models, the material moved east from Fukushima and soon spread to major parts of the eastern Pacific Ocean. The radioactivity was also detected in an increasingly bigger area.

In about two years, the center of the peak of radioactivity moved to about 160°W, 30°N. By then, according to the simulation, the density of tracer cloud was already quite low in Japan, about one thousandth that of the peak.

In it abstract, the paper drew the prediction for a longer period: "By then (After two-three years) the tracer cloud has penetrated to depths of more than 400 m, spanning the western and central North Pacific between 25°N and 55°N, leading to a rapid dilution of concentrations. The rate of dilution declines in the following years, while the main tracer patch propagates eastward across the Pacific Ocean, reaching the coastal waters of North America after about 5-6 years."

The paper studied Cesium-137 only. There is also deuterohydrogen and Carbon-14 contained in the Fukushima nuclear waste water.

On Monday, the US Department of State said in a statement that Japan has been "transparent about its decision", while US Secretary of State Antony Blinken thanked Japan via his personal Twitter account.

By far, the US is the only known major country that openly expressed its support for Japan's move.