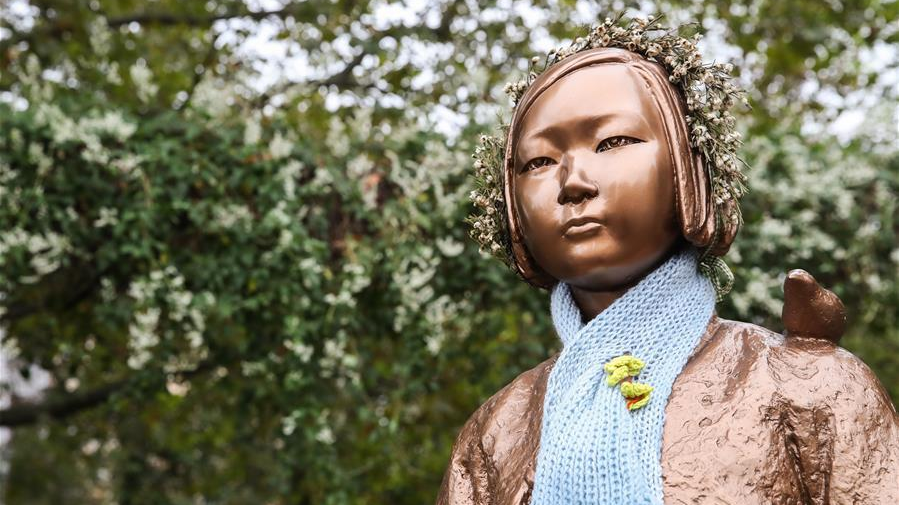 According to the Korea-Verband, the statue was built to commemorate the more than 200,000 girls and women from 14 countries and regions, so-called "comfort women," who were sexually enslaved by the Japanese military during World War II. (Photo: Xinhua)

A statue erected in Berlin by a German association for Korean history, the Korea-Verband, at the end of September, will be allowed to remain for the time being, the responsible local district office recently announced.

According to the Korea-Verband, the statue was built to remember more than 200,000 girls and women from 14 countries and regions, so-called "comfort women," who were sexually enslaved by the Japanese military during World War II.

Last week, the district office of Berlin Mitte revoked the permit for the statue. The statute addressed a "politically-historically charged and complex conflict between two states," which was not suitable for being dealt with in Germany, the district office said in a statement. 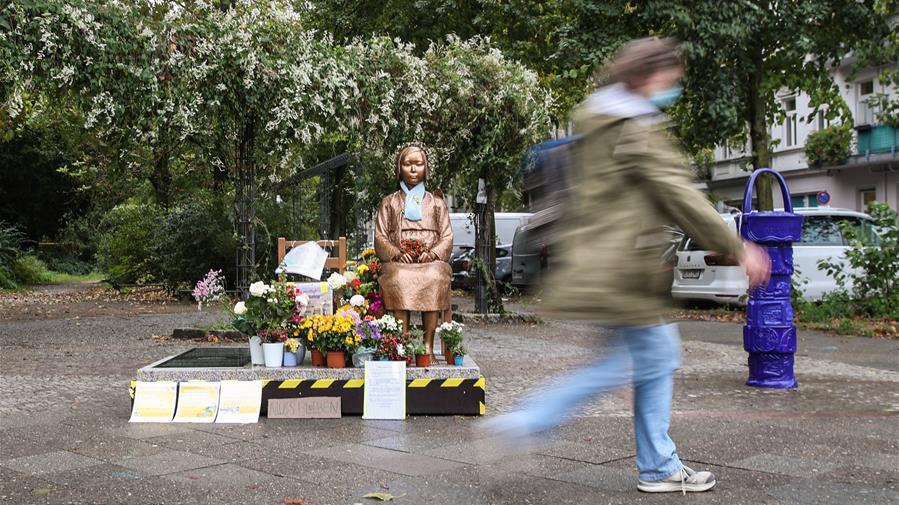 On Tuesday, the district office then said that the Korea-Verband filed an application for legal protection with the administrative court, allowing the statue to remain standing until the "basic evaluation" of the court was available.

"We will use the time to once again thoroughly weigh up our own arguments as well as the arguments of all actors involved in this complex dispute," said Stephan von Dassel, district mayor of Mitte.

According to the district, the controversial statue was previously evaluated as a general statement against sexualized violence against women in armed conflicts. However, in its current design, the statue focused exclusively on the behavior of the Japanese army during World War II.

"The peace statue is meant to be a memorial and a reminder, as well as an incentive to pursue, punish and finally eradicate crimes against girls and women," said Nataly Jung-Hwa Han, chairwoman of the Korea-Verband, in a statement at the end of September.

The issue of sex slaves, euphemistically called "comfort women," has been a major source of friction between South Korea and Japan, and the district's decision came after Japan expressed irritation about the statue depicting a woman sitting next to an empty chair.