WORLD Controversy around the US zero-tolerance policy: order vs morality

Controversy around the US zero-tolerance policy: order vs morality 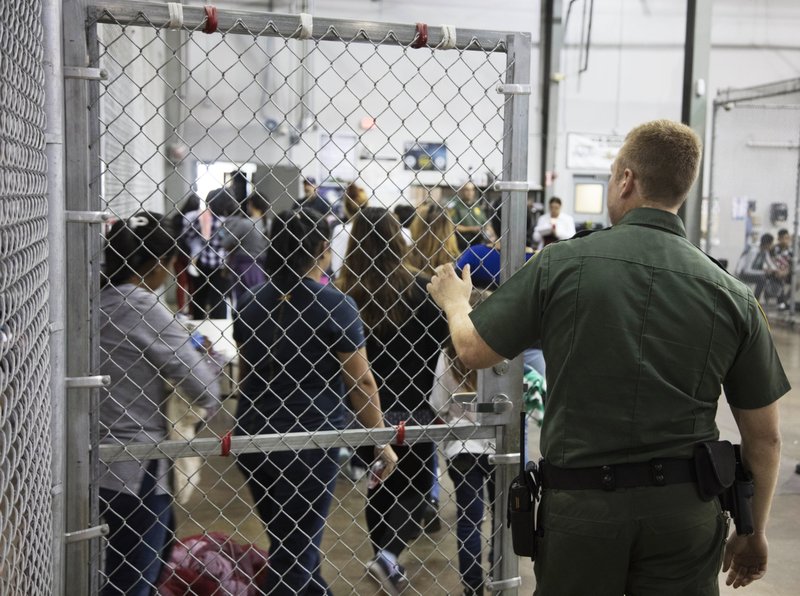 Between mid-April and the end of May, nearly 2,000 children were separated from their parents after illegally crossing the border into US territory.

These children who are deemed as unaccompanied minors have been sent to detention centers such as warehouses, shelters, and Texas deserts where temperatures reach 40 degrees Celsius on a normal basis. Children are kept in fenced enclosures by officials, with as many as 20 children in a cage using large foil sheets as blankets, the Association Press reports.

Trump’s zero-tolerance policy entails criminal charges against illegal US immigrants, leading the imprisonment of many adults. However, children who have crossed the US border illegally are not charged with a crime, resulting in separation from their parents.

The Trump Administration believes that strict laws and consequences are necessary to control the rapidly increasing number of immigrants flowing into the US. The administration hopes that the separation of families will lower immigration rates which have escalated since 2017. The government wants to prevent the migrant crisis in Europe three years ago from happening in the US by actively enforcing its immigration policies and taking extreme measures to deter illegal immigrants.

First Lady Melania Trump weighed in Trump's policy, saying that she “hates to see children separated from families.” Former First Lady Laura Bush has also spoken out against the forced separation of families, saying that it is “cruel” and “immoral.” Former Democratic presidential nominee Hillary Clinton speaks out against Trump, saying that his claims that the family separations were mandated by law was “an outright lie.”

Defending the policy, Trump says that "the United States will not be a migrant camp," at the White House. "And it will not be a refugee-holding facility-it won't be," he added.

Top image: In this photo provided by US Customs and Border Protection, a US Border Patrol agent watches as people who’ve been taken into custody related to cases of illegal entry into the United States, stand in line at a facility in McAllen, Texas, Sunday, June 17, 2018. (Photo: AP)