Washington (People's Daily) - All parties concerned about the Korean nuclear issues should collaborate to sort out a political solution, the Chinese ambassador urged on Thursday at a meeting. 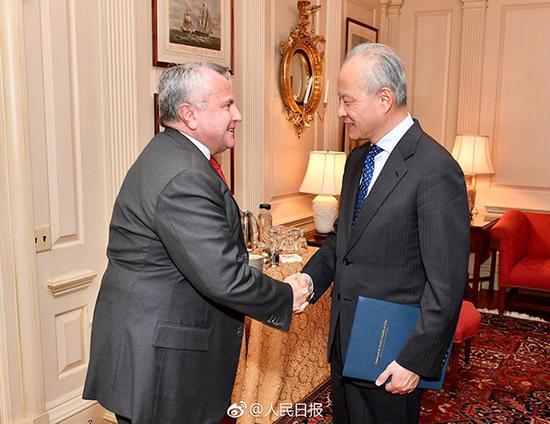 Ambassador Cui said that the situation on the Korean Peninsula is continuing to de-escalate. Everyone concerned should work towards a political solution to the Korean nuclear issue. China and the United States should enhance communications and coordination to this end.

Cui also pointed out that the China-US relationship is at a critical moment. The two sides should strengthen communications and cooperation, increase mutual confidence, and properly handle differences to avoid misunderstandings, miscalculations, and misleading comments.

Both China and the United States have the responsibility and obligation to ensure the safety and security and the protection of legitimate rights and interests of the diplomatic and consular officials residing in the respective countries, he stressed.