Thousands of delegates from more than 150 countries have assembled in the Spanish capital of Madrid for the global climate change summit to discuss ways to stop global warming and the "war against nature." 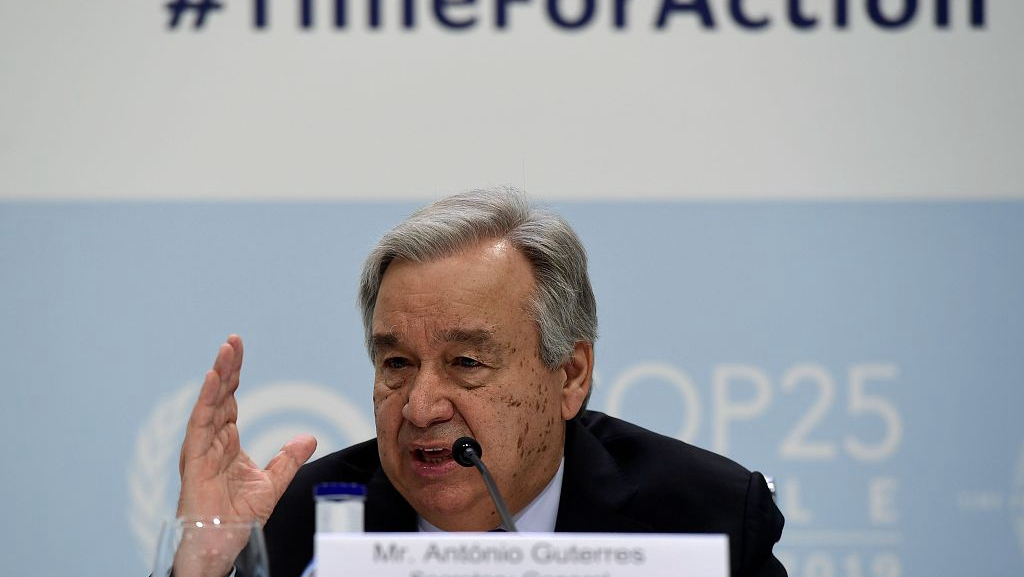 Heat-trapping greenhouse gas emissions, known for causing global warming, continue to rise despite governments pledging to reduce the use of fossil fuels. "For many decades, the human species has been at war with the planet. And the planet is fighting back," said Antonio Guterres, UN secretary-general, a day ahead of the summit from December 2-12.

In order to limit the global temperature rise to 1.5 degrees Celsius, emissions need to be slashed by nearly half by 2030 and reach carbon neutrality by 2050.

But the emissions instead of reducing continue to follow an upward spiral, with carbon dioxide levels in the atmosphere increasing to 407.8 parts per million equivalent in 2018, according to a report by World Meteorological Organization (WMO) released last week.

The current rate of emissions is on the pathway to a temperature rise of 3.2 degree Celsius.

"Today, the world is set to produce 120 percent more fossil fuels than what is consistent with a 1.5-degree pathway," said Guterres. "Climate-related natural disasters are becoming more frequent, more deadly, more destructive, with growing human and financial costs," he added.

Among fossil fuels, coal production will witness the highest jump with an increase of 150 percent in 2030.

Emissions from coal alone would greatly hamper global efforts to meet the target of two degrees Celsius and is nearly double the limit required to keep temperature rise to 1.5 degrees Celsius, found the Production Gap Report published by the UN last month.

Contentious issues at the summit

During the last climate talks in Katowice, Poland, delegates prepared a rule book for implementation of the Paris Climate Agreement.

One of the toughest parts of the climate agreement is Article 6, under which countries pledged to set up a global carbon market system to reduce emissions. The system allows countries to sell their carbon credits to countries that have not able to achieve their climate pledge.

The system will also lower the cost of de-carbonizing the economy and increase private sector participation. Countries will develop a mechanism for the implementation of the global market.

Under the clean development mechanism (CDM), Brazil, China and India are eager to sell their carbon credits accumulated over the years.

But a significant number of countries believe such trade-offs would weaken the climate agreement. Apart from the carbon market, climate funds for developing countries are likely to be hotly debated at the summit, also known as the Conference of Parties (COP25).

In 2009, during the Copenhagen climate change summit, developed countries promised to give 100 billion U.S. dollars per year by 2020 to developing nations. The fund is aimed at helping resource-deprived countries launch adaptation and mitigation efforts to combat the impacts of climate change, which include rising sea levels, floods, and related climate events.

"We should ensure that at least 100 billion U.S. dollars a year, is available to developing countries for mitigation and adaptation," Guterres added.