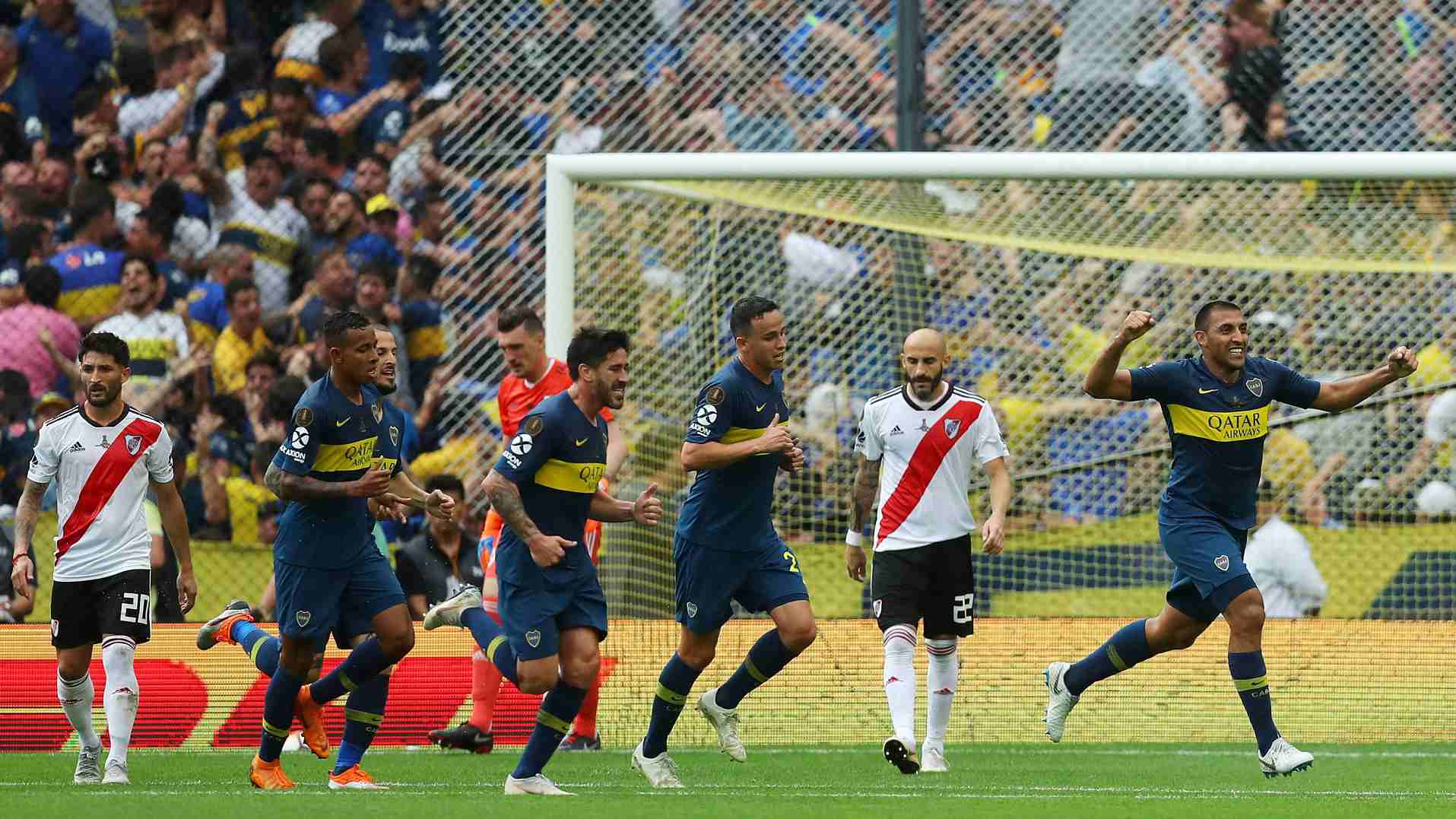 BUENOS AIRES, Nov. 24 (Xinhua) -- Boca Juniors requested that the second leg of the Copa Libertadores final be suspended after their team bus was attacked by River Plate fans before Saturday's match.

Several players required medical treatment after bottles and other projectiles thrown by fans smashed the bus' glass windows as it made its way to River's Monumental Stadium about an hour before kick-off.

Others were left queasy by tear gas, which police had fired in an effort to disperse crowds.

"Our position is that the match should not go ahead. You can't play under these conditions," Boca Juniors vice president Dario Richarte told reporters.

Boca captain Pablo Perez was one of the worst affected and was taken to hospital in an ambulance after being struck in the eye with shards of broken glass.

Others that needed medical attention were Sebastian Villa, Julio Buffarini and Augustin Almendra, according to local news reports.

The game, which was scheduled to begin at 5pm local time, was delayed as officials from South American football confederation CONMEBOL discussed whether the game should be postponed.

Boca and River drew 2-2 in the first leg at Boca's La Bombonera earlier this month.

It is the first time that Argentina's famous rivals have met in the final of South America's premier club competition.