WORLD Copy of Darwin's 'Origin of Species' fetches over $500,000 in auction 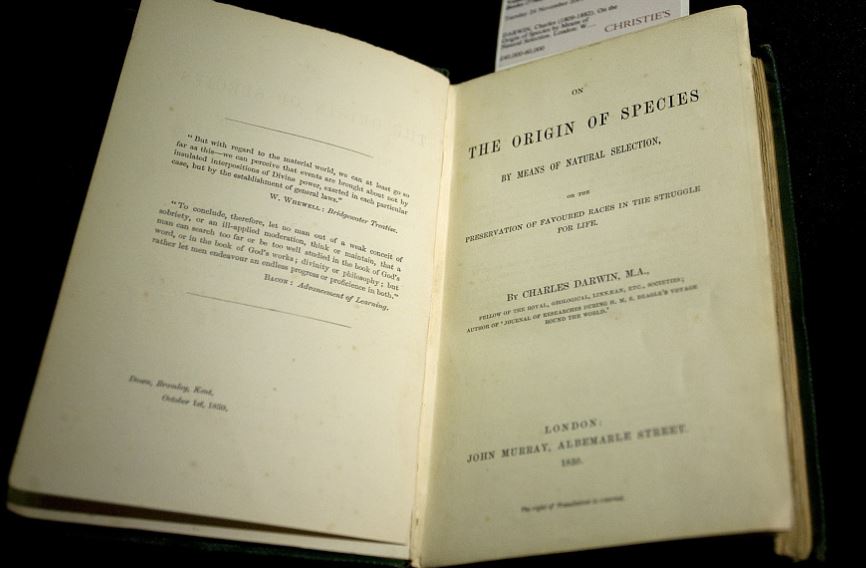 The first edition of "Origin of Species" in London. (Photo: VCG)

A copy of the first edition of Origin of Species by Charles Darwin was sold for about half $1 million during an auction held by the Bonhams auction house, according to Deutsche Welle.

The book, with a history of 160 years, finally went to an anonymous telephone buyer at a price of $500,075 in a four-way bidding battle that ended at midnight on June 13.

Originally owned by Robert Caspary, a German botanist who often exchanged mails with Darwin, the book was among the copies of the first edition that were published in 1859. It was then transacted for several times, but has always kept in private collection.

Charles Darwin, born in England, was best known for developing the theory of evolution through years of observing and studying birds, plants and fossils globally.

His scientific theory is deemed to be pioneering, and it was an intellectual revolution in the history of science because it conflicted with religious beliefs about creation.