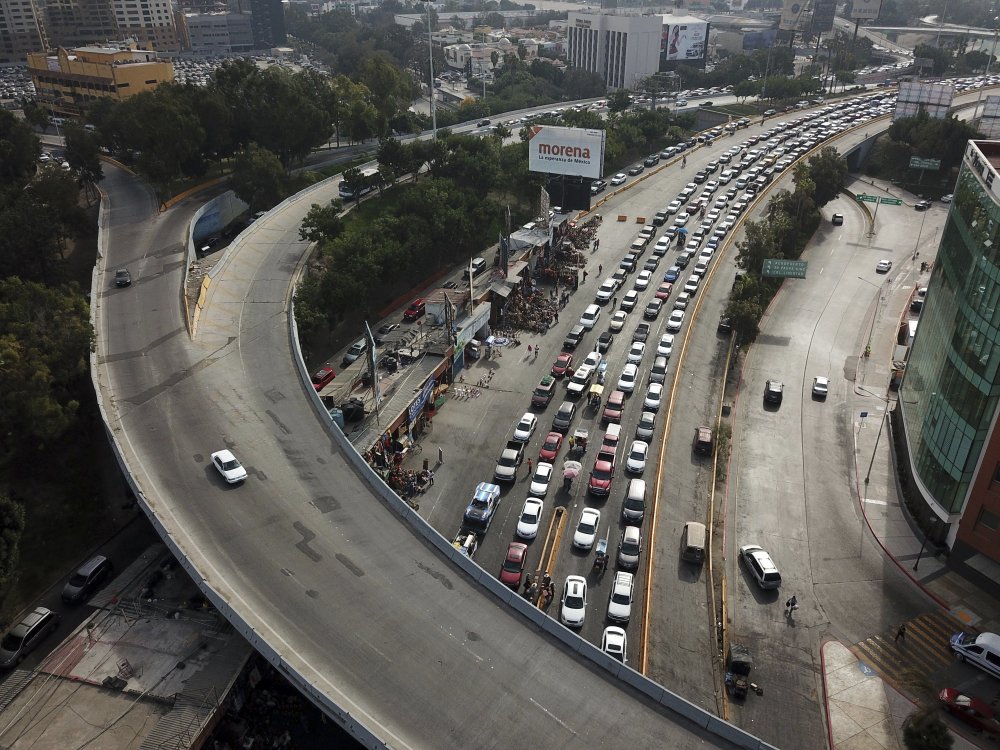 MEXICO CITY, April 5 (Xinhua) -- Clamping down on non-essential travel across the Mexico-U.S. border due to the novel coronavirus pandemic has changed life in the Mexican town of Tijuana, home to the world's busiest border crossings.

The constant flow of people and cars through the immigration check points between Tijuana and its U.S. sister city, San Diego, California, dwindled by as much as 86 percent at one crossing in the first week since the bilateral restrictions were put in place on March 21.

Alicia Sepulveda, a Mexican national who spends her life in both Tijuana and San Diego, said barring leisure travel and other measures have radically changed life for her and thousands of others who live in one town but work or study in the other, and constantly went back and forth.

Sepulveda is a legal resident of San Diego. However, she decided to ride out the pandemic at her family's home in Tijuana, fearing that she might otherwise not be able to see her relatives as often as she used to.

"Officials are asking a lot of questions: 'What are you going to do there? Why do you want to go there?' And if it isn't strictly necessary, they turn you away .... It has changed so that people who are working with just a visa can no longer go," said Sepulveda.

That's the case with one of her daughters, who is Mexican but occasionally works part time in San Diego, where she goes using her tourist visa. She can no longer enter the United States.

Another daughter, a U.S. citizen who lives in Tijuana and works in San Diego, temporarily moved in with a relative who lives in California, because she also feared the new rules would prevent her from going back and forth.

"Everything has changed," said Sepulveda, who manages vacation rentals in San Diego that have sat empty since the pandemic put an end to tourism.

"I won't have an income until who knows when," she said.

Mexico and the United States agreed to limit border crossings to trade, those with work visas and essential services, such as healthcare.

On March 1, San Ysidro's east gate registered 1,028 crossings. On March 25, five days after the restrictions were imposed, there were only 160 crossings, according to Mexican government figures.

In 2018, between 70,000 and 100,000 Mexicans and Americans living in the Tijuana-San Diego area lived in one city and worked or studied in the other, figures from the National Immigration Institute (INM) show.

The border between California and Baja California, as the state on the Mexican side is called, registered 77 million crossings last year, mainly in Tijuana.

Jose Lorenzo, a Mexican photographer who specializes in weddings and other events, said he and his American wife would cross into San Diego two to three times a week to shop or pick up online orders, but not anymore.