Coronavirus cases in Italy climb to 322

A total of 322 people have tested positive for the novel coronavirus in Italy, of whom 10 have died, Angelo Borrelli, chief of the Civil Protection Department and extraordinary commissioner for the coronavirus emergency, told a televised press conference Tuesday afternoon. 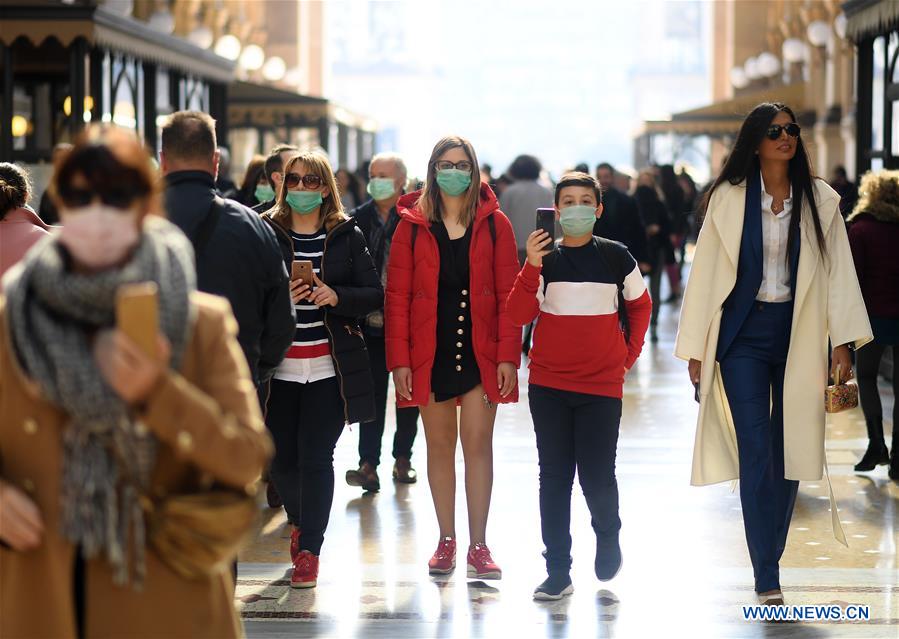 "Unfortunately, today we recorded the deaths of three people in Lombardy," said Borrelli in reference to the northern Italian region where the epidemic first broke out on Feb. 21.

The newly deceased are two men aged 84 and 91 and a woman aged 83, said Borrelli.

The death toll in Italy is thus up from seven announced on Monday evening.

The government has placed a total of 11 towns - 10 in Lombardy and one in Veneto region whose capital is Venice - under lockdown in an effort to contain the outbreak.

The numbers above also include fatalities: nine in Lombardy and one in Veneto, Borrelli explained.

From now on all test results and fatalities must be confirmed by the National Institute of Health (ISS), said Lombardy Region Welfare Councilor Giulio Gallera at a televised press conference on Tuesday.

"If the ISS confirms they were due to coronavirus, we will release the numbers," Gallera noted.

Health Minister Roberto Speranza, who held a meeting on Tuesday with his counterparts from Austria, Croatia, France, Germany, Slovenia and Switzerland as well as European Commissioner for Health and Food Safety Stella Kyriakides, said during a televised press conference that it has been agreed to keep borders open and to share epidemiological information between countries.

"Shutting down the borders would be a disproportionate and mistaken measure," Speranza said. "Viruses don't recognize borders, so it is obvious that we must cooperate, since no country can make it alone."

Also on Tuesday, Coldiretti farmers' association raised the alarm in a statement about 500 farms in the two red zones in Lombardy and Veneto facing the risk of "paralysis", with farmers being prevented from milking their cows and attending their fields.

Both areas have a strong agricultural sector, from livestock breeding to vineyards, from agro-tourism to wineries, it noted.

"The difficulties extend to the entire area of the Po Valley, where one third of Made-in-Italy agro-food products originate and which is being directly affected by the coronavirus emergency," the statement added.