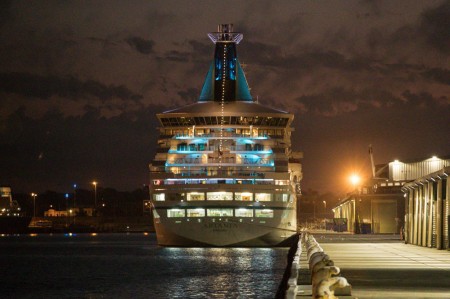 SYDNEY, March 27 (Xinhua) -- The cruise ship MV Artania was allowed to dock at Fremantle in Western Australia on Friday after a second passenger was taken to the hospital with a life-threatening condition.

The ship, with about 800 passengers and 500 crew members on board, was asked to anchor offshore after seven passengers had tested positive for COVID-19. Health officials boarded the ship on Wednesday to test and assess passengers.

According to reports by ABC, the cruise ship operator, German-based Phoenix, had issued a statement saying specially chartered flights would take passengers from Perth to Frankfurt. Those who were not German permanent residents or nationals would need to have an onward journey from Frankfurt to their home country guaranteed. However, it still wasn't clear what would happen to the crew members and the seven passengers who remain on board.