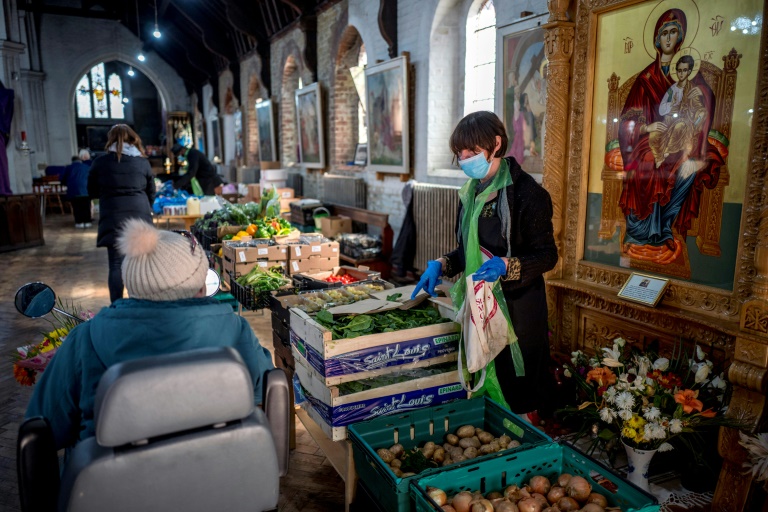 The coronavirus pandemic is increasing poverty in Britain, where levels are already high after a decade of austerity triggered by the global financial crisis, according to experts.

Official data shows that more than 14 million people in the UK are classed as living in poverty, or nearly one-quarter of the population.

Some 4.2 million children are poor, or around 30 percent of the total, government figures show.

The situation is worsening with Britons losing jobs en masse as the UK experiences lockdown.

"The risk of poverty is particularly high for workers in sectors like hospitality and retail where people are more likely to be on low wages and in insecure work," said Dave Innes, head of economics at the Joseph Rowntree Foundation, an organization for social change.

Over the past fortnight, almost one million adults in the UK have applied for Universal Credit, the government's main form of state aid.

That is nearly 10 times the level in an average two-week period.

"If families who were earning decent wages before the pandemic move on to the Universal Credit, they will very suddenly find themselves living in poverty," said Louisa McGeehan, a director at Child Poverty Action Group UK.

As for families who were already classed as living in poverty prior to the outbreak -- and whose children are stuck at home owing to schools being shut -- the demands of online education add to the problem, she said.

McGeehan noted that "a lot of schools are putting lessons on the Internet for children to do at home.

"If those children are in households who don't have Internet or don't have a computer, they are not able to do that learning."

McGeehan told AFP: "We have a nation where a child poverty crisis has been amplified by the impact of coronavirus."

But unlike the aftermath of the 2008 financial crisis when the government slashed public spending, COVID-19 has sparked huge state stimulus, including a boost to Universal Credit.

However, an increase in the monthly amount to £400 remains far below the level of £600 considered sufficient for a single-person household to avoid "poverty" in the UK.

"We know that recessions tend to hit people in poverty -- or in the risk of poverty -- hardest," he told AFP.

Meanwhile, food banks, which help feed the most vulnerable people including the homeless, are seeing fewer donations amid fallout from the coronavirus.

The Trussell Trust, which has a national network of 1,200 food banks, said it faced an "unprecedented challenge".

The government is however still providing children who ordinarily received free school meals with lunches.

"In my own school, we provide packed lunch that kids can come and pick up," said teacher Amanda Martin, who is also president of the National Education Union.

But she added: "In the short term, there is a real worry that some of these people that would be in school, that would be warm and safe and being fed, aren't."