WORLD Coronavirus was active in Florida since January

Coronavirus was active in Florida since January

By MAY ZHOU in Houston | China Daily Global 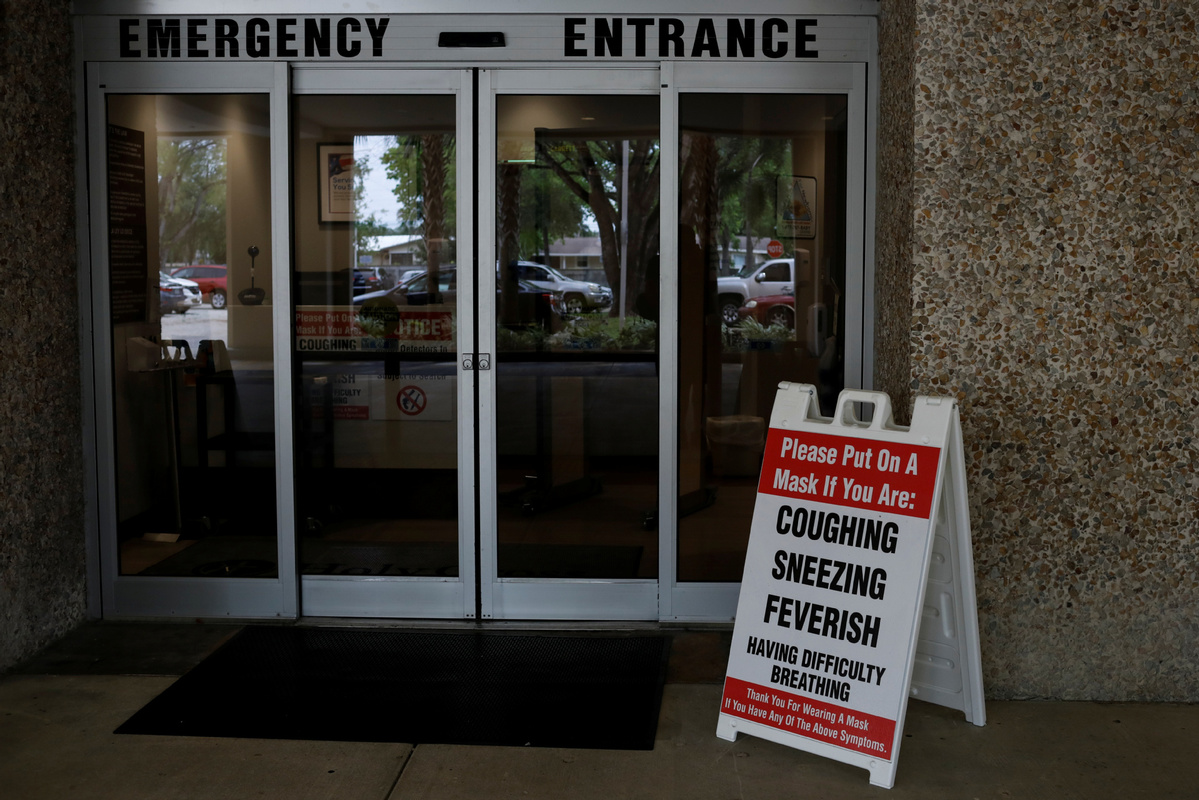 A banner asking patients to wear a mask is seen at the entrance of the ER area at Holy Cross Hospital, amid an outbreak of coronavirus disease (COVID-19), in Fort Lauderdale, Florida, US, April 20, 2020. (Photo: Agencies)

Florida announced its first two cases of coronavirus infection on March 1, but recently released data by the state Department of Health (DOH) shows that 171 coronavirus-infection cases occurred in January and February.

According to The Palm Beach Post, the DOH originally released data included the date of initial symptoms. The earlier cases were removed from the DOH website on Monday without explanation. Later, the data about earlier cases was uploaded again but without the dates of the onset of symptoms.

The Palm Beach Post downloaded the original data, and the newspaper’s analysis revealed that the state recorded 171 people across 40 counties who were later listed as having contracted the novel coronavirus in January and February.

However, it’s unclear that the 171 cases were included as a result of self-reported symptoms or later test results. Testing for the novel coronavirus was not available in Florida until later in February. The earlier cases involved people ranging in age from 4 to 91.

In January, 26 people were recorded to have shown symptoms. The Post listed a few of the earlier cases:

A 4-year-old girl in Duval County girl started experiencing symptoms or had her positive result on Jan 1. The state did not officially record her case until April 8.

A 65-year-old man in Broward County who had traveled to the Cayman Islands listed symptoms or a positive result on Jan 4, but his case was not recorded until March 7.

An 84-year-old Palm Beach County man who had not traveled but was hospitalized had symptoms or a positive result on Feb 5. His case was not added to Florida’s coronavirus tally until April 3.

A 74-year-old Palm Beach County woman with symptoms or a positive result on Feb 23 was recorded by the state on April 4. She reported no out-of-state travel but came into contact with someone carrying the virus.

A 30-year-old Broward County man, whose first positive result was recorded on Feb 25, later died, His case was added March 15.

A 65-year-old man in Sarasota County who had traveled to California and came into contact with an infected person reported symptoms or had a positive result Feb 23. State health officials added his case April 6.

According to The Miami Herald, Alberto Moscoso, a spokesman for the DOH, said that many confirmed coronavirus patients “reported symptoms that started weeks before their confirmatory tests”.

“It cannot be determined definitively if these early symptoms were a result of COVID-19 or other causes,” Moscoso said.

There had been evidence that the spread of the coronavirus in the US occurred earlier than originally believed. For example, the first known death from COVID-19 previously was thought to have happened in Seattle on Feb 26.

However, an autopsy showed that a person who died on Feb 6 in Santa Clara, California, was infected with the virus, suggesting that it was spreading in January.