KHARTOUM, Aug. 19 (Xinhua) -- Trial of Sudan's former President Omar al-Bashir started in Khartoum on Monday on charges related to corruption, possession of foreign currency and illicit wealth, according to a Xinhua correspondent. 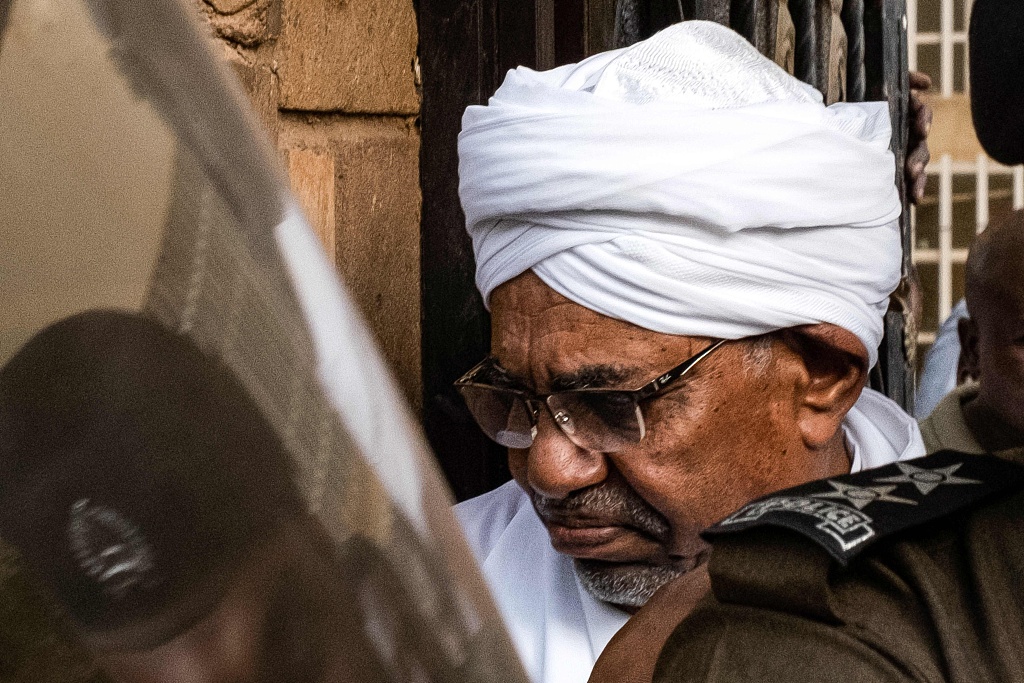 Sudan's ousted president Omar al-Bashir is escorted into a vehicle as he returns to prison following his appearance before prosecutors over charges of corruption and illegal possession of foreign currency, in the capital Khartoum on June 16, 2019. (Photo: VCG)

Al-Bashir arrived at the court in Arkaweet neighbourhood in central Khartoum amid tight security measures.

The first session of al-Bashir's trial was supposed to begin last July 31, but it was delayed to Aug. 17 as he failed to appear before the court for security reasons.

The Aug. 17 session had been delayed once again as it coincided with the date of the signing ceremony of the transitional documents in Sudan.

The Sudanese army ousted al-Bashir from power on April 11 amid popular protests that erupted in December last year.

Following his ouster, the General Prosecution in Sudan raised charges against al-Bashir related to corruption, possession of foreign currency and illicit wealth after around 113 million U.S. dollars were found at his residence.