WORLD Corsica's 'cat-fox': On the trail of what may be a new species

Corsica's 'cat-fox': On the trail of what may be a new species

In the forest undergrowth of northern Corsica, two wildlife rangers open a cage to reveal a striped, tawny-coated animal, one of 16 felines known as "cat-foxes" in the area and thought to be a new species. 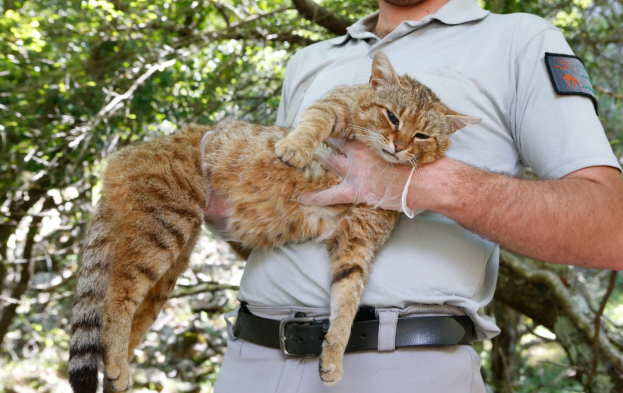 "We believe that it's a wild natural species which was known but not scientifically identified because it's an extremely inconspicuous animal with nocturnal habits," says Pierre Benedetti, chief environmental technician of the National Hunting and Wildlife Office (ONCFS).

"It's a wonderful discovery," he tells AFP, holding the feline -- called "Ghjattu volpe" in Corsican -- found in Asco forest on the French Mediterranean island. 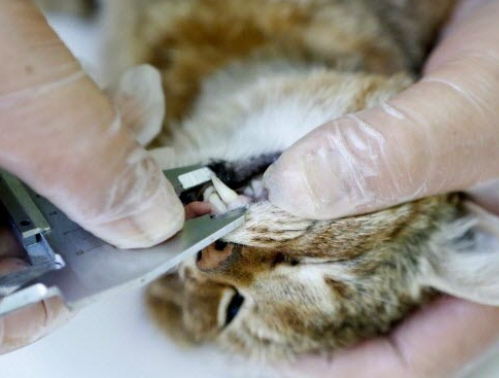 While resembling a domestic cat in some ways, the ring-tailed feline measures 90 centimetres (35 inches) from head to tail, has "very wide" ears, short whiskers and "highly developed" canine teeth. 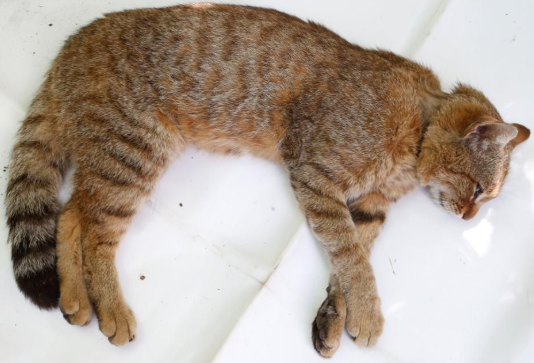 Other distinguishing features include the stripes on the front legs, "very dark" hind legs and a russet stomach. The dense, silky coat is a natural repellent for fleas, ticks and lice.

The tail usually has two to four rings and a black tip.

"It's their size and their tail that earned them the name 'cat-fox' across the island," says Benedetti.

The animals are found in a remote habitat where there is "water and plant cover offering protection against its main predator, the golden eagle," says Carlu-Antone Cecchini, ONCFS field agent in charge of forest cats.

Using nonviolent methods, the ONCFS has since 2016 captured 12 of 16 felines seen in the area, releasing them again after a quick examination.

Now, they say, they hope to have "this cat recognised and protected" within two to four years.

"The cat-fox is part of our shepherd mythology. From generation to generation, they told stories of how the forest cats would attack the udders of their ewes and goats," says Cecchini.

After years of playing cat and mouse, one of the animals "was caught unexpectedly in 2008 in a chicken coop at Olcani in Cap Corse," says Benedetti, who has been researching the species for more than 10 years. 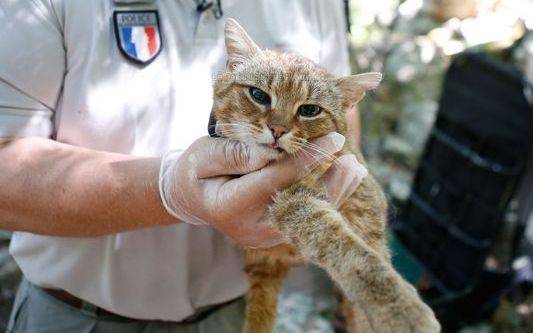 Research got under way and, in 2012, with the help of a method involving essence attractive to cats and a wooden stick which they rub against leaving traces of their fur, they were able to determine its genetic make-up.

With advanced photographic and later physical traps, the researchers captured their first "cat-fox" in 2016.

There are still many mysteries surrounding the cat.

Its diet and reproductive patterns are yet to be studied but Benedetti has a theory that the cat could have been brought to Corsica by farmers 6,500 years BC.

"If the hypothesis is true, its origins are Middle Eastern," he says.

The identification chip in the neck of the animal being shown to AFP helps reveal that it is a male of between four and six years old, already caught a few times before and has a damaged eye caused by a fight with another male. 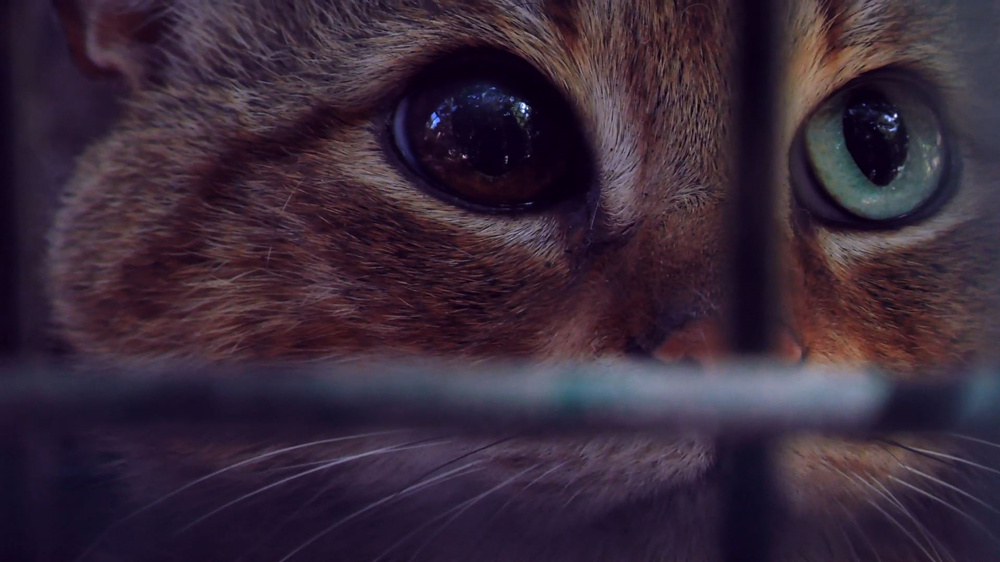 After examination, the cat with one green eye and one brown eye is free to go, leaving behind its GPS collar with 80 days' data.