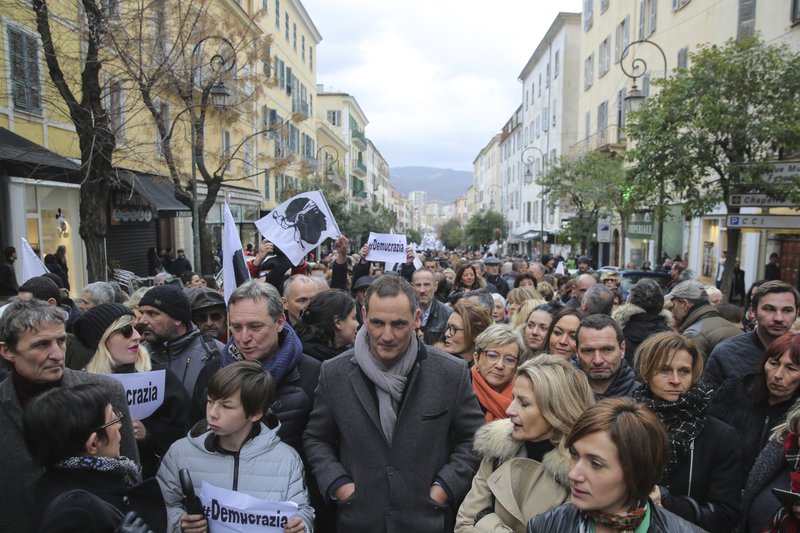 Corsica’s nationalist leaders are demonstrating along with unions and students ahead of a visit next week by French President Emmanuel Macron.

The newly elected leaders on the French Mediterranean island hope that Saturday’s march will spur on fresh talks with the French government about demands including equal status for the Corsican language and the release of Corsican prisoners held in mainland prisons.

In December, Corsican nationalists swept the election for a new regional assembly, crushing Macron’s young centrist movement and traditional parties. The nationalists want more autonomy from Paris but unlike some in Spain’s nearby Catalonia, they aren’t seeking full independence — yet.

They also want protections for locals buying real estate on the destination that the French refer to as the “Island of Beauty,” which is famed as Napoleon’s birthplace.