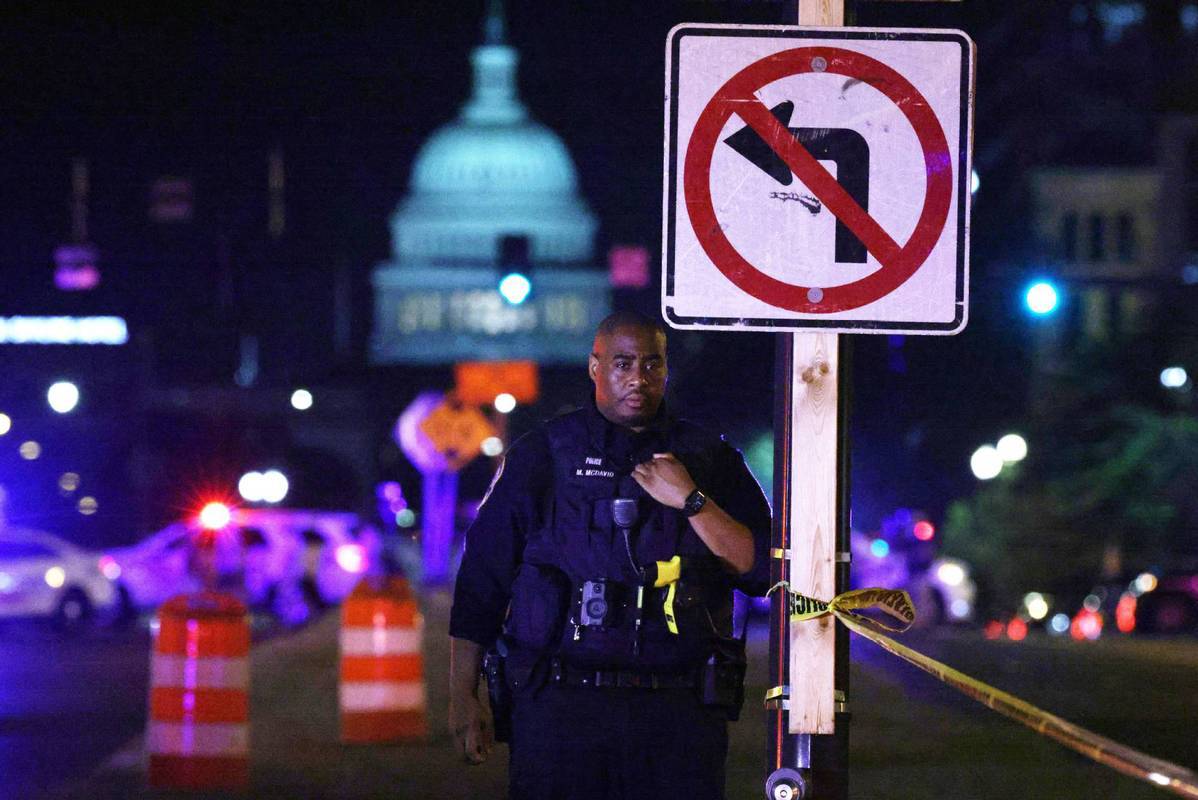 With US Capitol is seen in the background, a member of the Washington Metropolitan Police Department guards the scene of a shooting outside the Nationals Park in Washington, DC on July 17, 2021. (Photo: Agencies)

The annual cost of medical treatment for survivors of gun injuries in the United States amounts to at least $1 billion, according to a report by a federal watchdog.

The Government Accountability Office, or GAO, Congress' nonpartisan investigative body, used recent hospital figures that showed injuries from gun violence led to 50,000 emergency room visits and 30,000 hospital stays a year. The report issued on Wednesday says the overall cost to treat injuries from guns is probably much higher than $1 billion because the GAO did not include ambulance rides and long-term physical and mental care.

While the report didn't break down all patient data by race and ethnicity, it found that black patients accounted for more than half of all inpatient stays and costs and live in the South. Those victims often receive worse treatment "because of racial bias in the healthcare system", the report said.

The investigation into health costs for gun injuries－the first of its kind－is based on available data on caring for people who suffer nonfatal gun injuries each year. The incidents covered by the report vary widely, including injuries inflicted by law enforcement.

The report was requested by Democrats in the House of Representatives and the Senate, including Senator Elizabeth Warren of Massachusetts and New York Representative Carolyn Maloney, the head of the House Oversight Committee.

Maloney said in a statement: "Today's report provides shocking new evidence of how gun violence strains our healthcare system and disproportionately harms historically marginalized communities in the US."

The report is one of the first federal reports on gun violence since 1996.

In 2018 Congress clarified that while the agencies are barred from funding gun-control advocacy, they were not banned from supporting research. Congress appropriated money specifically for that work a year later.

In 2019 Congress, led by Democrats, bypassed the amendment to fund federal health agencies to carry out research on gun violence prevention.

The House Committee on Appropriations crafted a bill on Thursday to give up to $25 million to the National Institutes of Health's budget for "firearm injury and mortality prevention research". That would be double its current budget.

Violent crime rose sharply across the US in 2020. Gun violence rose 8 percent. Mass shootings in the US did not stop amid the coronavirus pandemic. Last year there were more than 600 mass shootings, classified as four people or more killed or injured in a single attack, according to The Gun Violence Archive. In 2019 there were 417 mass shootings.

On Saturday, four people were shot outside a baseball stadium crowded with thousands of spectators in the US capital, causing the game to be abruptly halted.