A young Guinean woman who tested positive for the Ebola virus in Cote d'Ivoire after arriving there two weeks ago has recovered from the disease, the country's health ministry said Tuesday. 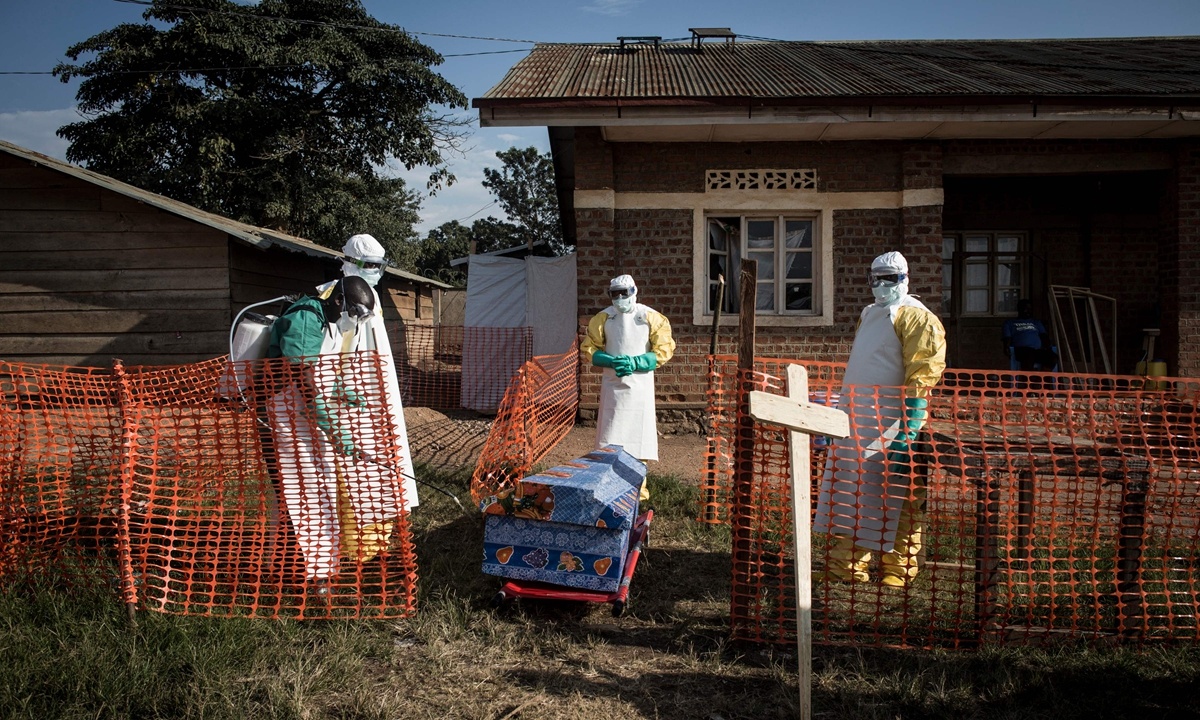 Medical workers disinfect the coffin of a deceased unconfirmed Ebola patient inside an Ebola Treatment Centre run by the Alliance for International Medical Action (ALIMA), in Beni on August 13, 2018. (Photo: VCG)

"We performed on the patient two biological tests which were negative in an interval of 48 hours. She is therefore declared cured," Serge Eholie, ministry spokesman and head of the country's infectious diseases department told AFP.

"We are lifting her isolation today [Tuesday]. She is no longer a risk of contamination. She is still very tired, we are keeping her in hospital," the professor added.

Her diagnosis was the first confirmed case of Ebola in Cote d'Ivoire since 1994.

The 18-year-old had traveled to Abidjan by bus from Labe in northern Guinea, a journey of about 1,500 kilometers that traverses a densely forested region where Ebola epidemics broke out earlier in 2021 as well as 2013-16.

The World Health Organization has identified 49 people who have been in contact with the woman, and Cote d'Ivoire started a vaccination campaign earlier in August to target those who were in immediate contact with the patient and security forces along the border with Guinea.

Ebola, which is transmitted through close contact with bodily fluids, is a fatal viral disease that causes severe fever and, in the worst cases, unstoppable bleeding.

Cote d'Ivoire is the third African country in 2021 to have been affected by the Ebola virus after the Democratic Republic of the Congo and Guinea.