Could Haley’s role in Trump administration taint a 2024 bid 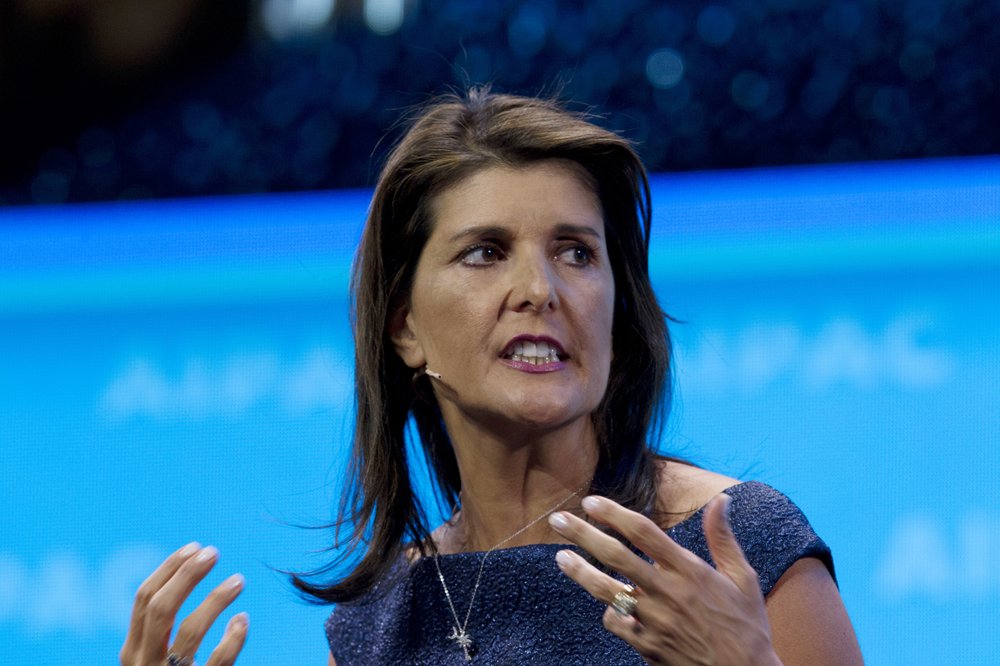 With the launch of her new memoir, former UN Ambassador Nikki Haley has again ignited speculation that she may be gearing up for a possible bid for the White House, perhaps as early as 2024.

But even though the former South Carolina governor left the Trump administration on her own terms, a rarity in a White House that has seen its share of turmoil, some strategists say that in a post-Trump era, she could struggle to win back GOP traditionalists who aren’t fans of the polarizing president.

“She gets credit for getting out without being too stained by the Trump administration,” said Chip Felkel, a South Carolina-based Republican strategist. “Everybody seems to get stained by this guy, and they all get thrown aside when they aren’t useful. … She’s really walking a fine line, a balancing act, and so far she’s been successful, but she’s got to be careful.”

Haley has been navigating her way through that balancing act since the 2016 campaign cycle when there was initially no love lost between then-Gov. Haley and then-candidate Donald Trump. When Haley called for the release of Trump’s tax returns, and he called her an embarrassment to South Carolina, Haley’s tweeted response of “Bless your heart” epitomized tongue-in-cheek Southern shade.

In her two years at the United Nations, Haley managed to tread a careful path of occasionally speaking out against Trump while not directly drawing his ire.

That balancing act came into view, Haley writes in her memoir, in clashes with then-Secretary of State Rex Tillerson and then-White House chief of staff John Kelly, who she alleges once tried to get her to join them in opposing some of Trump’s policies, a move she called “offensive.”

Conversely, Haley wrote that she was “deeply disturbed” by the president’s comments that there were “very fine people on both sides” at the white nationalist rally and counterprotest in Charlottesville, Virginia, in 2017, saying that she “was certain he didn’t understand how damaging his remarks were.”

At the end of 2018, she left on her own terms, a decision that spawned speculation — which Haley quickly squelched — that she might challenge her soon-to-be-former boss in 2020.

Since then, Haley has demurred when asked about politics, even in news cycles that floated the notion of Trump replacing Vice President Mike Pence with Haley on the 2020 ticket. She hit the speaking circuit, reportedly commanding as much as $200,000 per appearance. Earlier this year, she joined the Boeing Co. board, founded a nonprofit and, in September, announced a return to her native South Carolina with the purchase of a home on Kiawah Island, a tony golf community near Charleston.

With Trump still the titular head of the Republican Party, Felkel said Haley remains well positioned with the constituency that sent her former boss to the White House, though any Republicans turned off by Trump’s presidency may not know how to view her now.

“She’s made the base really happy, and that serves her well in a primary, but she’s angered and dismayed some independents and disaffected Republicans who saw her as someone who might get the party back to some sense of normalcy,” Felkel said. “So what she gained might not last, might not be worth what she needs, when she really needs it.”

Others saw the situation differently, arguing that Haley’s loyalty to the administration when asked to serve will bode well for her as she seeks her own political successes.

“Nikki has remained her own person while serving the president,” said Catherine Templeton, who served Gov. Haley as head of two state agencies. “No one, regardless of how they feel about Trump now or later, will begrudge loyalty and intelligent service. I just don’t think it is an issue.”

Time could also prove a hindrance. With presidential cycles having stretched from months to several years ahead of the election itself, the competition for attention in what have recently been massive candidate fields makes it difficult to maintain visibility and favor during an extended campaign season, warned GOP strategist Terry Sullivan.

“It’s tough to stay the bright, new shiny object for an extended period of time, especially when the attention spans of voters are so short,” said Sullivan, who managed Marco Rubio’s 2016 Republican presidential bid. “She’s working very hard to position herself as the Goldilocks candidate, where she’s just pro-Trump enough and loyal enough to the president that the supporters are for it, but just independent enough so that all the Never Trumpers can hang their hopes and dreams on her nomination.”

Haley, who has launched a book tour and is making the media rounds to promote “With All Due Respect,” was not made available for an interview with The Associated Press.

For Felkel, only the end of the Trump era — whether in 2020 or 2024 — will reveal Haley’s political staying power.

“For Haley and for many others, when Trump is gone, whenever that is, we’ll find out whether this thing has legs or whether it was a flash in the historical pan.” he said.