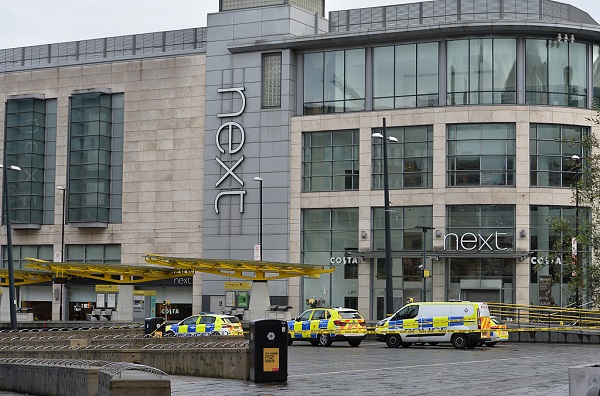 Police cars are seen outside the Arndale shopping centre after several people were stabbed in Manchester, Britain October 11, 2019. (Photo: VCG)

In an update statement, police said specialist officers are continuing to respond to an incident at the Arndale shopping center in downtown Manchester.

They confirmed that five people have been stabbed and taken to hospital.

GMP said officers from Counter Terrorism Police North West are leading the investigation, "given the location of the incident and its nature."

"In these early stages we are keeping an open mind about the motivation of this terrible incident and the circumstances as we know them," said GMP.

A man in his 40s, who was arrested at the scene on suspicion of the serious assault, remains in custody for questioning, according to the statement.