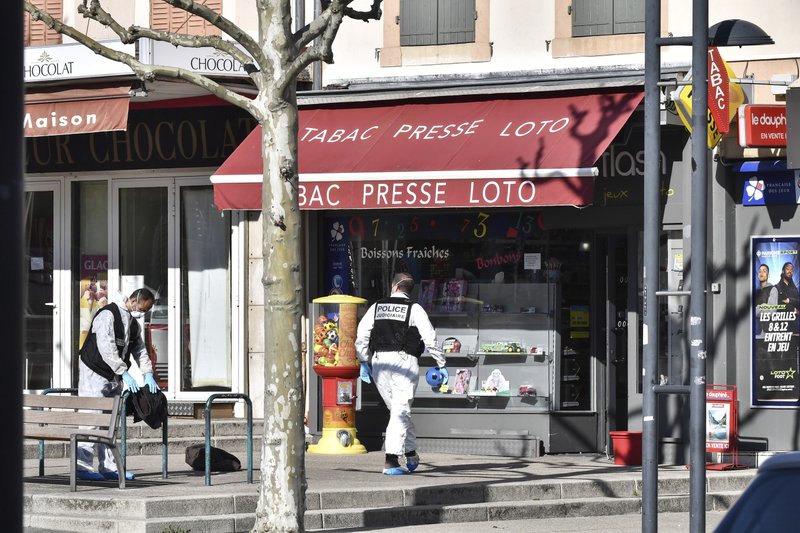 In this April 4, 2020 file photo, police officers investigate after a man wielding a knife attacked residents venturing out to shop in the town under lockdown, in Romans-sur-Isere, southern France. (Photo: AP)

In a statement, prosecutors said charges will be pressed later Wednesday against the assailant, who was arrested by police minutes after the attack as he was kneeling on the sidewalk praying in Arabic.

Magistrates are considering charges of murder or attempted murder with terrorist intent.

Two people were killed and five were injured in Saturday’s attack in the small town of Romans-sur-Isere, which was in lockdown amid the coronavirus pandemic.

Residents were carrying out their permitted daily shopping at the time.

Prosecutors didn’t identify the suspect, but described him as a Sudanese born in 1987 who arrived in France in 2016 and obtained refugee status the next year.

During a subsequent search of his home, authorities found handwritten documents that included arguments about religion and a complaint about living in a “country of non-believers.”