WORLD Countries attempting to isolate Russia only hurt themselves: Putin

Countries attempting to isolate Russia only hurt themselves: Putin 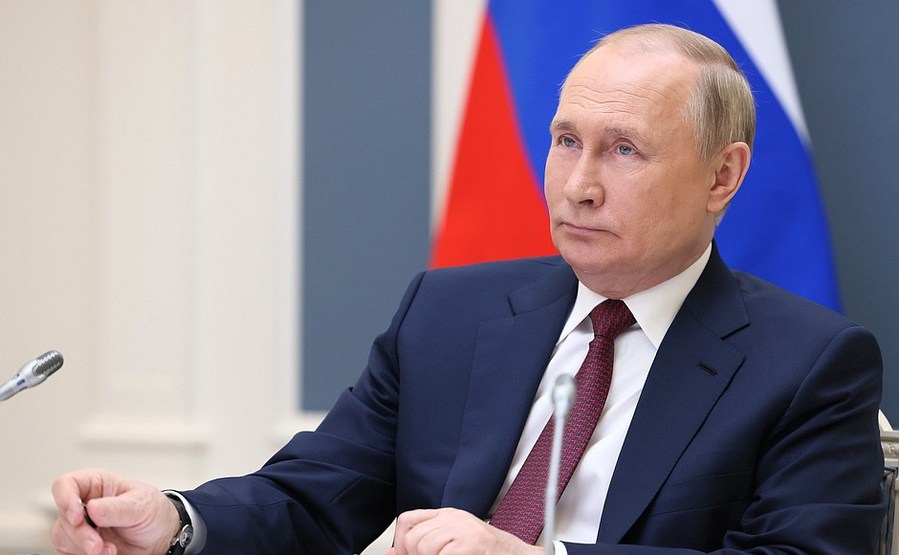 Russian President Vladimir Putin attends the plenary session of the First Eurasian Economic Forum via video link on May 26, 2022. [Photo/Agencies]

Russian President Vladimir Putin said Thursday that those countries, which are attempting to isolate Russia, are primarily only harming their economies.

Putin said it would simply be unfeasible and impossible to isolate Russia, and "those, who aspire to do so would harm themselves the most", during his speech at the plenary session of the first Eurasian Economic Forum.

Putin noted that the current state of the global economy demonstrates that Russia's position is right and justified, as opposed to the countries, which are trying to "pursue short-sighted policies".

Those advanced economies are experiencing their worst inflation in 40 years as well as growing unemployment, he said, adding that logistic chains were breaking, and global crises were intensifying in such areas as food.

"This is a serious issue that is affecting the entire system of economic and political relations," Putin said.

The Russian leader said that the sanctions and restrictions, which aim to primarily weaken and contain countries that wish to pursue independent policies, are ultimately futile.

"There are many countries that want to and will pursue an independent policy ... and no world policeman will be able to stop this global process ... there will not be enough power for this and the desire to do so will evaporate due to a host of domestic problems in those countries," Putin said.