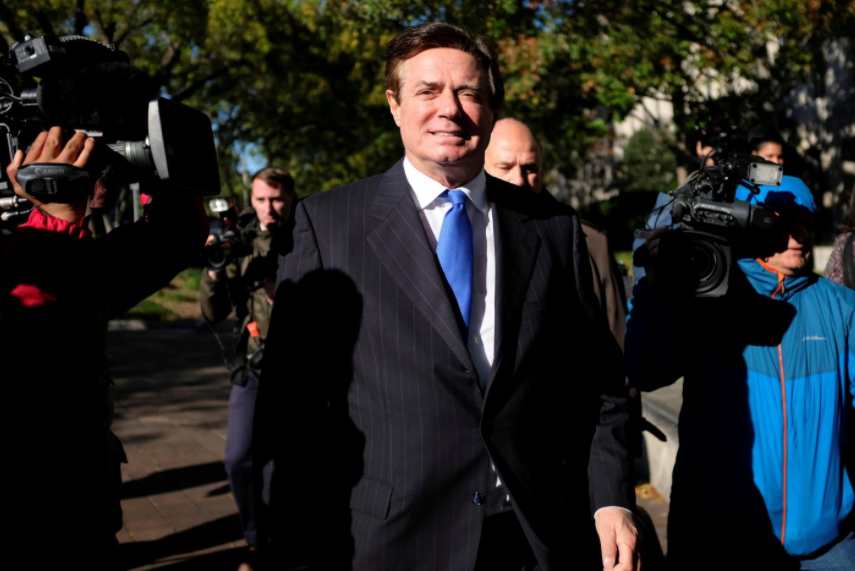 Paul Manafort, former campaign manager for President Donald Trump, had three U.S. passports, millions in assets and ties to Russian oligarchs, according to federal court documents after his indictment on tax fraud and money laundering charges.

Manafort and associate Rick Gates pose a significant flight risk because of the serious nature of the charges, the strong evidence of guilt, their wealth and “their history of deceptive and misleading conduct,” federal prosecutors said in a filing Tuesday in U.S. District Court for the District of Columbia.

Manafort, 68, and Gates, who also worked on Trump’s campaign, pleaded not guilty on Monday in a 12-count indictment, ranging from money laundering to acting as unregistered agents of Ukraine’s former pro-Russian government.

The allegations are not related to campaign activities but reveal close ties to Russia, and include activities from 2006 to 2017, which overlaps with the mens’ work on Trump’s campaign.

The two men are under house arrest and have relinquished their U.S. passports, with a $10 million bond set for Manafort and a $5 million bond for Gates.

“Both defendants have substantial ties abroad, including in Ukraine, where both have spent time and have served as agents of its government,” according to the government’s memorandum in support of the conditions of release.

The next hearing in the case, set for 2 p.m. (1800 GMT) on Thursday, will concern the bail conditions that were set at Monday’s arraignment.

Manafort was a longtime U.S. Republican operative before turning his attention to political consulting overseas.

It is rare but legal to hold three valid passports.

People can apply for more than one passport under limited circumstances, including when a foreign country will deny entry to someone holding a passport showing travel to certain other countries or when a visa request is being processed but a person needs a valid passport for immediate travel, a State Department official said on Wednesday.

The official could not comment on Manafort’s passport records but said requests for more than one valid passport are reviewed on a case-by-case basis.

Asked about the information in the memo, Manafort lawyer Jason Maloni told Reuters on Wednesday his client “looks forward to having these allegations tried before a judge and jury.”

The memo said Manafort’s financial assets were substantial but difficult to quantify because he listed figures on loan applications and other financial documents since 2012 that ranged from $19 million to $136 million.

Manafort and Gates owned or controlled entities and accounts worldwide including in Cyprus, Grenadines, Seychelles and England, it said.

Manafort traveled to Mexico, China and Ecuador in 2017, prosecutors said.