Court’s ruling hits teachers unions, but how hard is unclear 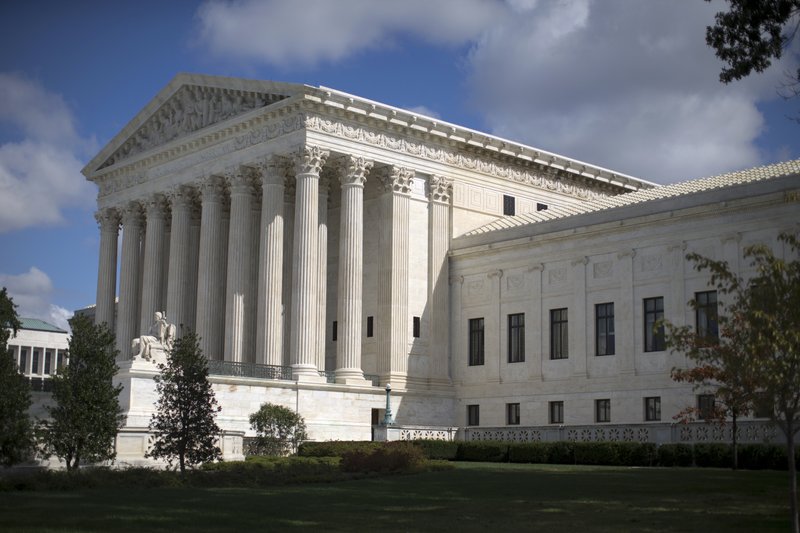 Teachers unions are hoping that recent grass-roots protests over pay and working conditions will blunt the impact of a US Supreme Court ruling on union fees and help persuade dues-paying members not to abandon them.

The court said in a 5-4 ruling Wednesday that government workers can no longer be required to pay fees to labor organizations that represent them in collective bargaining.

The non-members paying those fees are only a small portion of the people represented by teachers unions, which are more concerned about a potentially bigger financial blow if members decide to opt out and join those who benefit from the bargaining representation without having to pay for it.

That leaves unions fighting to prove their worth and relevance.

“There has been an interesting surge in union militancy and strikes, whether we look at the West Virginia teachers, the Tennessee teachers, all of those teachers strikes this past spring occurred in right to work states, where supposedly unions were not strong. And those were some of the largest movements of workers that we’ve seen in a long time,” said Ileen DeVault, a Cornell University professor of labor history and director of The Worker Institute at Cornell.

“I think the inequality in our country has reached a point where people really can’t stand for it going any lower. Even Republicans may learn why it was better to have unions rather than to have people out in the streets on strike,” she said.

The court’s ruling provides “a powerful opportunity for union leaders to hit the reset button,” said Kate Walsh, president of the National Council on Teacher Quality, a research and policy group.

“Union leaders in this sector have too often confused their protection and advocacy for some members with their obligation to the profession at large,” she said.

The teachers unions hope the successful protests will blunt the impact of the court’s ruling.

She and American Federation of Teachers President Randi Weingarten accused the high court of siding with wealthy business interests over the working class and emphasized their unions aren’t going anywhere.

But supporters of the ruling hailed it as a victory for non-union employees who object to paying unions that might be advocating for political causes with which they disagree.

“Public sector unions will now have to prioritize how they spend their funds without the revenue stream of nonmembers’ compelled agency fees,” said Elizabeth Slattery of the conservative-leaning Heritage Foundation.

The teachers unions have been bracing for the court’s decision since it split 4-4 when it considered the issue in 2016 following the death of Justice Antonin Scalia. Like other public-sector unions, they say they’ve tried to be extra-attentive to member concerns and boost one-on-one communication with members, making a case for the value of unions in anticipation of an increased push by opponents of organized labor to pressure members to leave.

“That’s where our concern comes in,” said Melissa Cropper, president of the Ohio Federation of Teachers. “When people start getting social media ads, getting things in their mail, getting people knocking on their door saying, ‘Give yourself a raise. Don’t pay your union dues anymore,’ what impact will that have on our membership?”

Unions can only guess to what extent the ruling might dent their funding, services and political advocacy. They argue it should be a matter of public interest because unions bargain not only issues like teachers’ wages and benefits but also class sizes and other elements that affect students’ learning environments.

“When you see attacks on unions, that can have an impact on what’s happening in the classroom, and that’s what should be concerning to people,” Cropper said.

In the short term, unions will lose some resources, members and maybe even staff, making it hard for them to be effective, said Robert Bruno, a professor of labor and employment relations at the University of Illinois Urbana-Champaign.

He said the long-term impact — whether it be shrinking union membership or a resurgence and more activism — depends on how unions have prepared for and react to this shift, and whether teachers in collective-bargaining states can preserve other industry-related public policies, such as the ability to bargain health insurance or pensions.

If unions weaken and working conditions worsen, educators may look for ways to fight back, whether it’s at the bargaining table or in public demonstrations to state governments, Bruno said.

“They will stand and take a bullet for a kid,” Bruno said. “If they think that they can march on a state capital and they can shut a school down and they can get attention to the needs of that school then, you know, I think they’re going to do it.”