WELLINGTON - The High Court in Christchurch of New Zealand started Monday the sentencing hearing of the gunman in the Christchurch mosque shootings, who killed 51 people, mostly worshippers, on March 15, 2019. 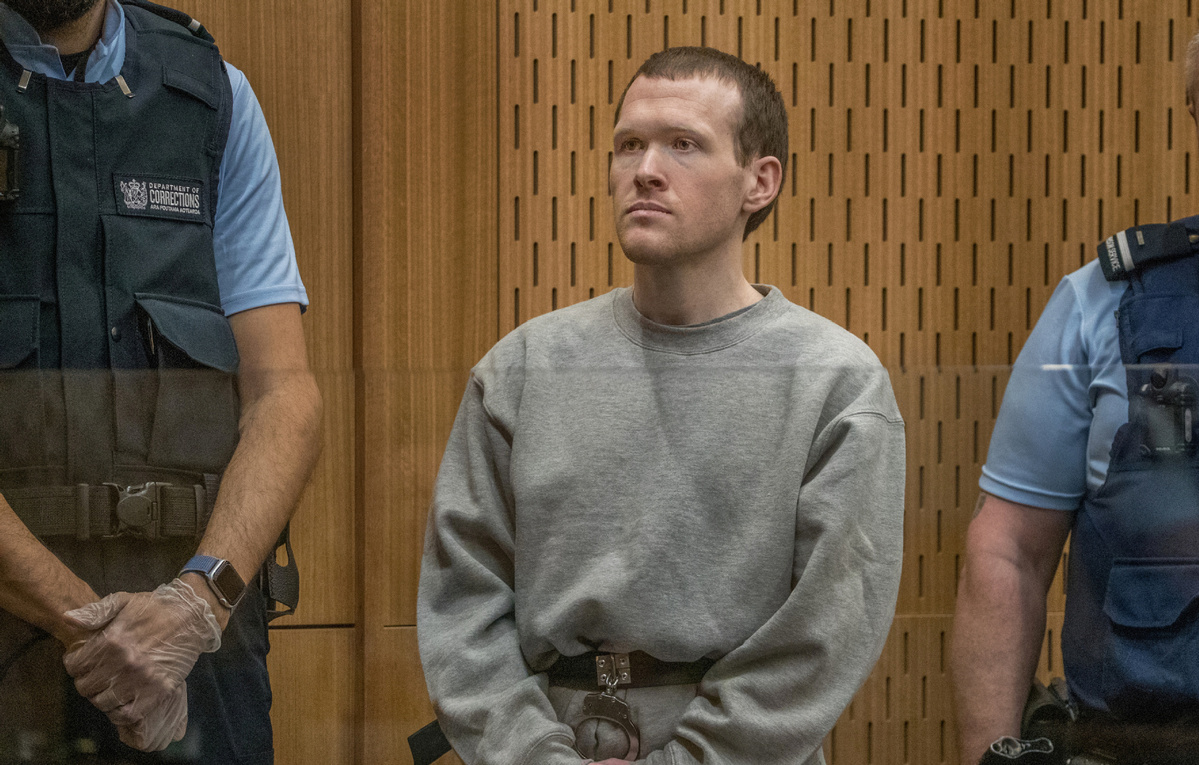 Brenton Tarrant, the gunman who shot and killed worshippers in the Christchurch mosque attacks, is seen during his sentencing at the High Court in Christchurch, New Zealand, August 24, 2020. [Photo/Agencies]

The 29-year-old Australian, Brenton Tarrant, appeared emotionless as his actions on the day of shooting in two Christchurch mosques were detailed in court for the first time.

Starting from Monday, the sentencing hearing is expected to last for four days. If it cannot conclude on Thursday, the hearing will continue next Monday as Friday will be a day of prayer.

Tarrant is on 51 murder, 40 attempted murder and one terrorism charge.

"The defendant turned to his right and fired 32 shots from his AR-15 into the mass of people in the northeastern corner of the room. The rate of fire was extremely high and the defendant moved the AR-15 across and back many times," according to the description of the shooting read at the court.

Tarrant murdered 44 people at the Al Noor Mosque and killed seven more at nearby Linwood Mosque. He also injured 40 others in the mass shooting, according to the summary of the prosecutor.

The gunman conducted a research of the view of the Al Noor Mosque by flying a drone over the mosque in January 2019.

"The planned time for entry was to ensure the maximum number of worshippers would be present," according to the summary.

According to his interview with police, Tarrant said he planned to burn the mosques down and wanted to "inflict as many fatalities as possible." He was on the way to another mosque in Ashburton, 85 km southwest of Christchurch, to carry out another attack when he was stopped by the police.