WORLD COVAX delivers over 20m doses of COVID-19 vaccines to 20 countries: WHO

COVAX delivers over 20m doses of COVID-19 vaccines to 20 countries: WHO 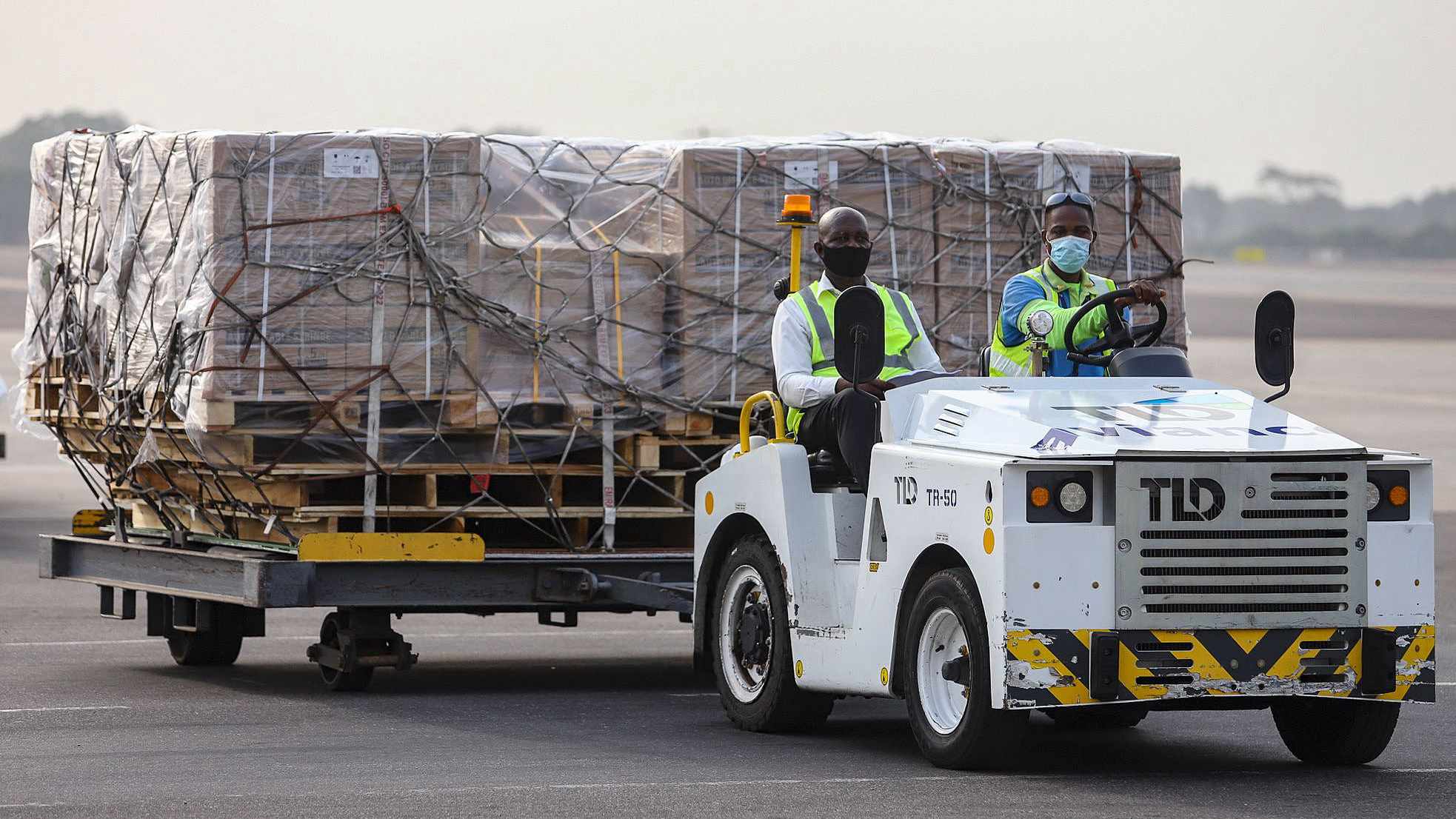 Airport workers transport a shipment of COVID-19 vaccines from the COVAX global vaccine campaign at the Kotoka International Airport in Accra on February 24, 2021. (Photo: CFP)

GENEVA -- COVAX, the international vaccine campaign co-led by the World Health Organization (WHO) and its partners, had delivered more than 20 million doses of COVID-19 vaccines to 20 countries, the WHO chief said on Friday.

Earlier this week, the first COVID-19 vaccination campaigns in Africa using doses provided by COVAX began in Ghana and Cote d'Ivoire, which were later followed by shipment to another 18 countries, mostly in Africa.

In the next week, COVAX will deliver 14.4 million doses to a further 31 countries,WHO Director-General Tedros Adhanom Ghebreyesus told a press briefing.

However, the volume of doses being distributed through COVAX is still relatively small, only covering between two and three percent of the population of the countries receiving the vaccines through COVAX, he said.

Tedros said his organization is working on efforts to connect companies who are producing vaccines with others who have excess capacity to fill and finish, as as to help speed up production and increase volumes.

He also reiterated the call for vaccine technology transfer from companies owning patents on vaccines to those who can produce them.

"A good example of this approach is AstraZeneca, which has transferred the technology for its vaccine to SKBio in the Republic of Korea and the Serum Institute of India, which is producing AstraZeneca vaccines for COVAX," he said.

COVAX aims at ensuring that no participating economy will be left behind in accessing COVID-19 vaccines. Its core target is to deliver two billion vaccine doses by the end of 2021.