The approval process has started for the potential COVID-19 vaccine of the German pharmaceutical company BioNTech SE and US company Pfizer Inc, the two companies announced on Tuesday. 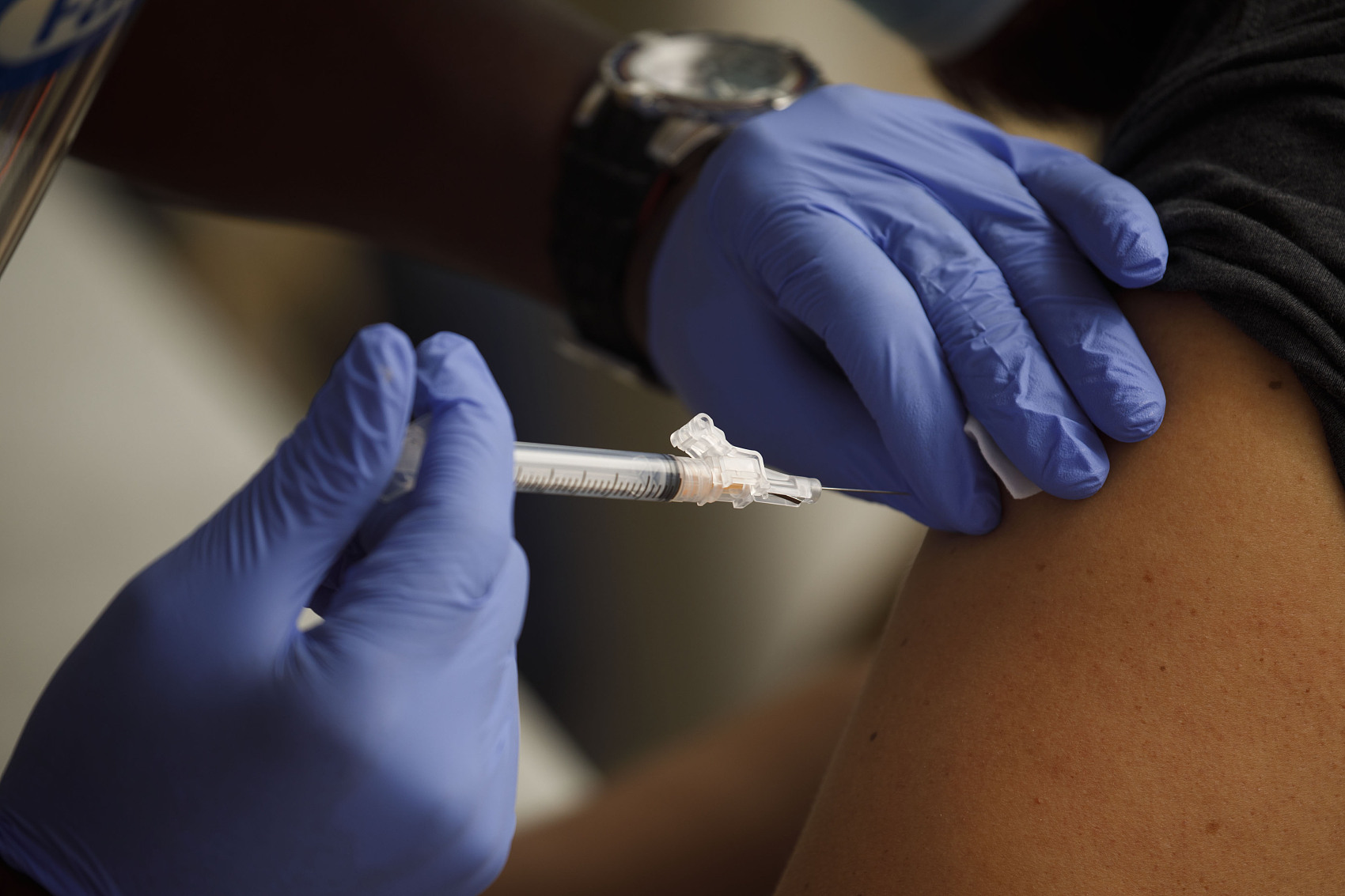 A healthcare worker administers a free flu shot vaccination to a patient at a YMCA location in Los Angeles, California, U.S., on Saturday, Sept. 26, 2020. (Photo: CFP)

The human medicines committee (CHMP) of the European Medicines Agency (EMA) confirmed in a statement that a "rolling review" of data on the COVID-19 vaccine named BNT162b2 was initiated.

BioNTech is the second company in Europe to start the approval process for a COVID-19 vaccine. Last week, EMA already announced the first rolling review of a vaccine candidate which is being developed by AstraZeneca together with the University of Oxford.

A rolling review was one tool to accelerate the evaluation of a drug or vaccine during a public health emergency, according to EMA. Under normal circumstances, all data and documents on a drug's "effectiveness, safety and quality" had to be submitted at the beginning of the evaluation.

During a rolling review, data from ongoing studies, when available, would be reviewed before a formal application was submitted. "The rolling review will continue until enough evidence is available to support a formal marketing authorization application," EMA noted.

"We will continue to have regular and open dialogue with the EMA throughout the rolling review process," said Ugur Sahin, chief executive officer and co-founder of BioNTech.

The candidate vaccine of BioNTech and Pfizer was currently being tested in a global Phase 2/3 study. According to the companies, the study was conducted at more than 120 sites worldwide, among others in the United States, Brazil, South Africa and Argentina.

To date, the study of the candidate vaccine involved approximately 37,000 participants, of which more than 28,000 already received their second COVID-19 vaccination, according to the companies.

Preliminary data from the Phase 1/2 study showed that BNT162b2 was "well tolerated" and had mild to moderate side effects in all age groups, according to BioNTech and Pfizer.

"We are making every effort to develop a safe and effective vaccine following the guidance of regulatory agencies," said Peter Honig, senior vice president and head of worldwide safety and regulatory of Pfizer.

As the world is struggling to control the pandemic, countries across the globe — among them Germany, China, Russia, the United Kingdom and the United States — are racing to find a vaccine.

According to the website of the World Health Organization, as of Oct. 2, there were 193 COVID-19 candidate vaccines being developed worldwide, and 42 of them were in clinical trials.