WORLD COVID-19 cases could overwhelm UK, US hospitals if not controlled: Study

COVID-19 cases could overwhelm UK, US hospitals if not controlled: Study

A study led by Neil Ferguson, a famous epidemiologist at Imperial College London, predicts that the novel coronavirus could infect a jaw-dropping number of the UK and US populations and overwhelm hospitals over the course of the pandemic. 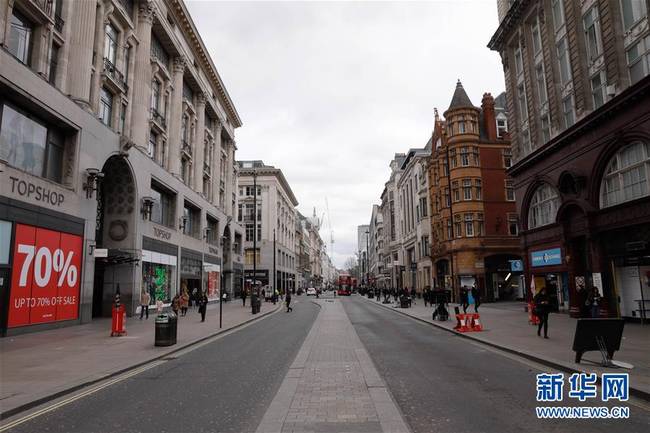 People walk on a commercial street in London, Britain on March 18, 2020. (Photo: Xinhua)

The study, called Impact of non-pharmaceutical interventions (NPIs) to reduce COVID-19 mortality and healthcare demand, was released on Monday by London’s Imperial College COVID-19 Response Team. The study said that if no any control measures were done by the governments nor any spontaneous changes in individual behavior were made, 81 percent of the UK and US populations would be infected and 510,000 in Britain and 2.2 million in the US would die over that period.

The study predicted that critical bed capacity would be exceeded as early as the second week in April, with an eventual peak in ICU or critical care bed demand that is over 30 times greater than the maximum supply in both the two countries for an uncontrolled epidemic. 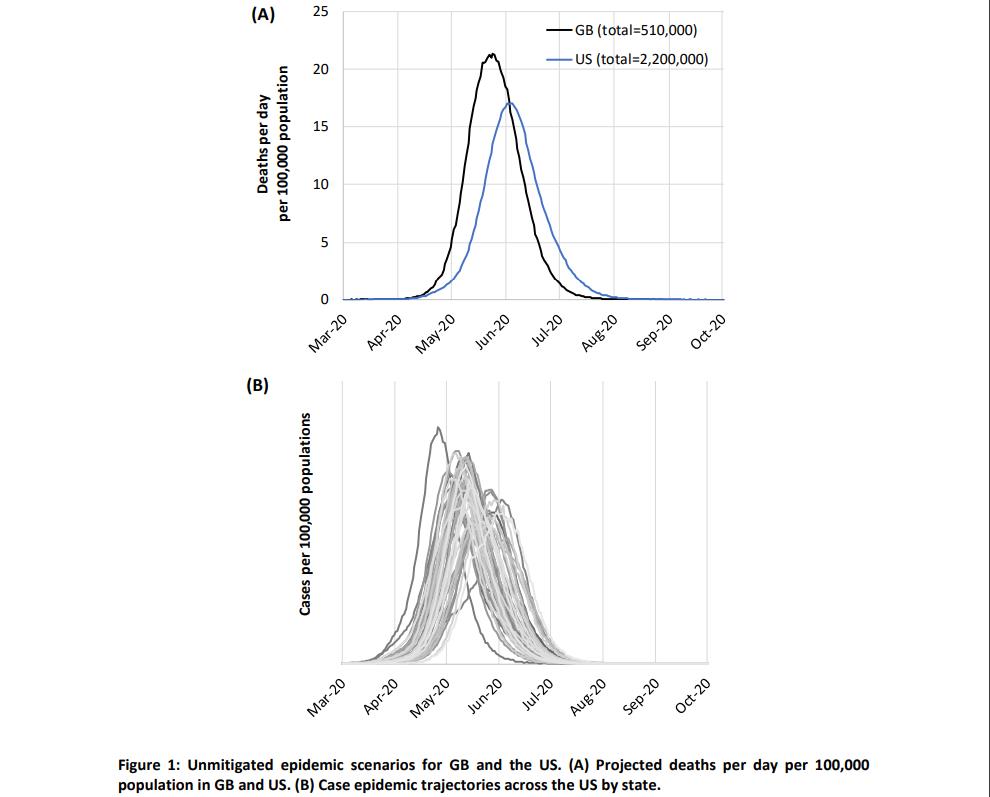 If the two governments pursue the optimal mitigation policies like home isolation of suspected cases, home quarantine of those living in the same household as suspected cases and social distancing of the elderly and others at most risk of severe disease, they might reduce peak healthcare demand by two-thirds and deaths by half, said the study.

The study suggested that suppression is the preferred policy option. If the British government enforces social distancing for the entire population, isolates all cases, demands quarantines of entire households where anyone is sick, and closes all schools and universities, the number of deaths in the country could drop to below 20,000. The difficulty is, the government should do this not in the short term, but for 12 to 18 months.

While the public is still talking about the study, Ferguson tweeted on Wednesday that he “developed a slight dry but persistent cough yesterday and self-isolated”, and “then developed a high fever” on the same day.

For the UK, US people as well as people all around the world, this fight against COVID-19 will be tough. For a very long time, just as Ferguson told the reporters earlier, “we might be living in a very different world”.