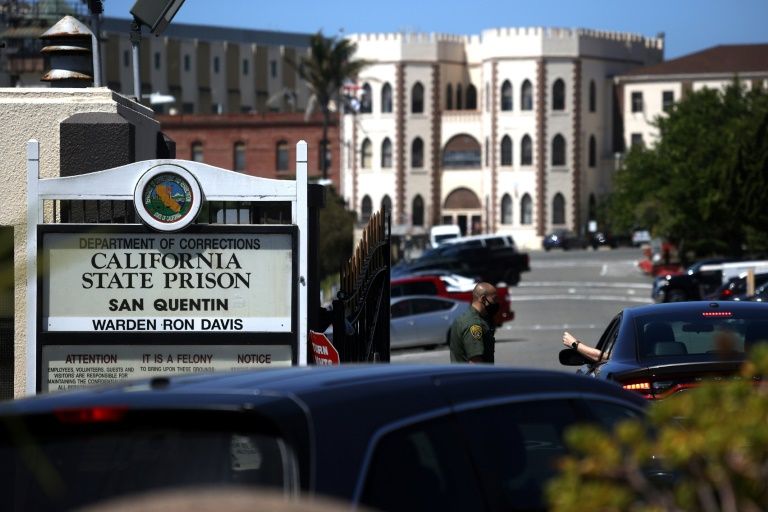 The number of COVID-19 cases has exploded in one of California's oldest prisons, San Quentin, as more than 1,000 inmates have tested positive for the virus, authorities in the US state announced Tuesday.

"That is our deep area of focus and concern right now," said Governor Gavin Newsom, noting that 42 percent of the some 3,500 inmates at San Quentin, near San Francisco, are considered "medically vulnerable."

Unlike other penitentiaries in California, San Quentin State Prison had largely been spared the ravages of coronavirus until the beginning of June. But the transfer of inmates from prisons gravely affected by the virus, such as the California Institution for Men in Chino, opened the floodgates.

"Unfortunately, they arrived untested and were placed within San Quentin and really kind of seeded an outbreak in a second state facility," Matt Willis, the health director for Marin County, where San Quentin is located, told NPR radio.

The detention center in Chino, near Los Angeles, was a known COVID-19 hotspot since the start of the pandemic. More than 500 inmates there have so far tested positive for the virus, and seven have died.

San Quentin prison currently makes up half of the recorded cases of COVID-19 in prisons throughout California, which has a total incarcerated population of about 113,000 people.

California is the most populated US state as well as one of the hardest-hit by the coronavirus, with more than 200,000 confirmed cases and nearly 6,000 deaths.

In an attempt to avoid an abnormally high mortality rate among inmates, state authorities have decided to free some 3,500 detainees, who were arrested for minor offenses and had less than 180 days left to serve in prison.

Newsom announced Monday that another 3,500 potential candidates had been identified for freedom, 110 of whom are at San Quentin.