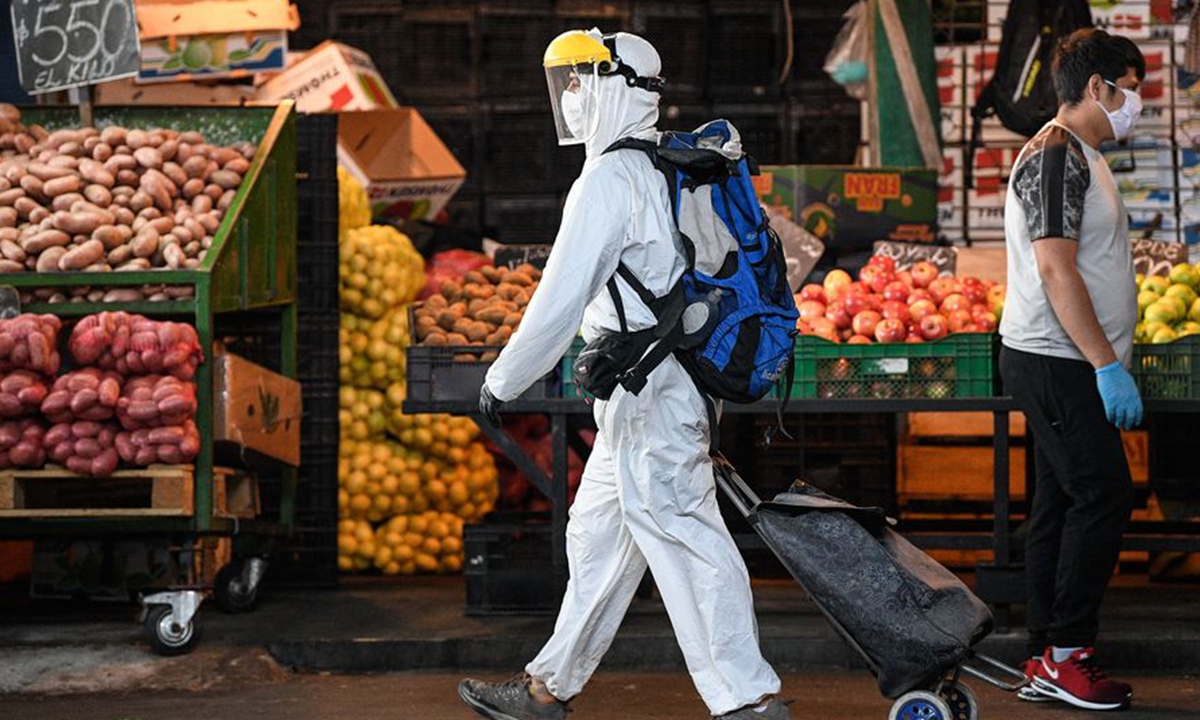 The Chilean Ministry of Health announced on Saturday that the number of confirmed cases of the novel coronavirus (COVID-19) in the country had risen to 94,858, with 997 deaths.

Of the number of new confirmed cases, 3,736 presented symptoms and 484 were asymptomatic. Additionally, 40,431 people were reported to have recovered from the disease so far.

The ministry reported that 1,151 patients were currently on ventilators, with 306 of them in critical condition.

It also reported that 16,814 PCR (polymerase chain reaction) tests were administered in the last 24 hours, for a total of 563,320 tests performed since the disease was first detected in the country in March.

Additionally, the Chilean government announced that it has decided to extend the quarantine in Santiago and 38 nearby towns until June 5 due to an increase in cases in recent weeks.

The quarantine is affecting around seven million people, and protests over "insufficient" government aid have arisen in poor sectors of the metropolitan region.