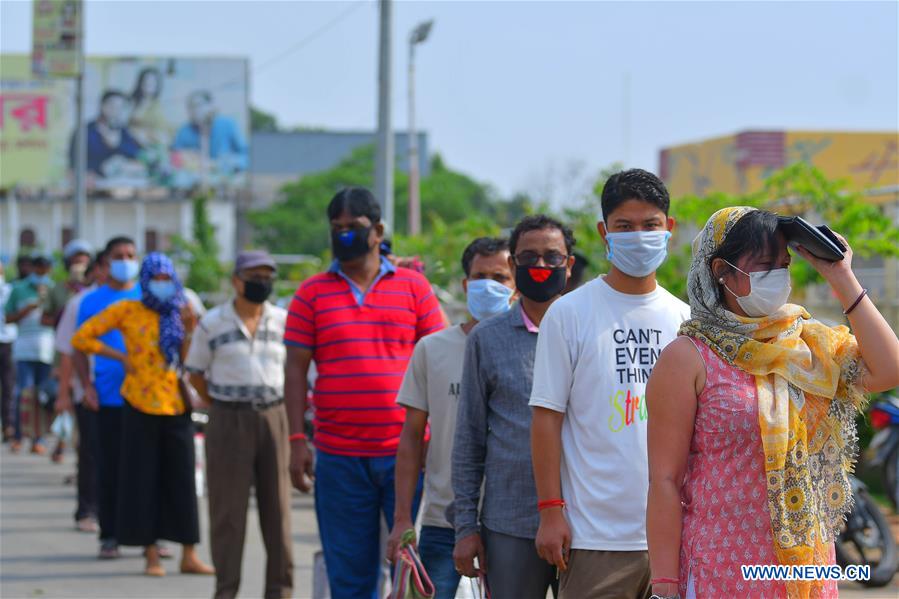 People line up to check body temperature before entering a market during a government-imposed nationwide lockdown as a preventive measure against COVID-19 in Agartala, the capital city of India's northeastern state of Tripura, April 28, 2020. (Photo: Xinhua)

MUMBAI, May 13 (Xinhua) -- Asia's largest slum located in Mumbai has crossed 1,000 cases mark of the COVID-19 as per the update shared by the city civic authority on Wednesday.

With 66 fresh cases reported on Wednesday, the total confirmed cases from the slum, spread over 613 hectares and home to some 1 million people, stood at 1,028 with 40 deaths so far.

As per the Wednesday night update, Maharashtra now has 25,922 cases with the addition of 1,495 new cases while the tally in Mumbai city, the state's political capital, has now reached 15,747.

Earlier this week, India changed its patient discharge policy for the COVID-19 from test-based strategy to symptom and time-based strategy as the state laboratory surveillance data indicated that patients turned negatives after around 10-days from the day they first tested positive.

India's federal health ministry had said that the policy was revised after similar moves by several other countries depending on the severity of the disease.