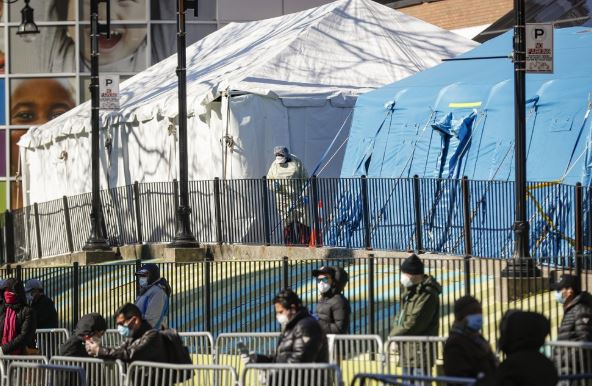 A medical worker looks out onto a line of patients waiting for COVID-19 testing outside Elmhurst Hospital Center, Friday, March 27, 2020, in New York. (Photo: AP)

WASHINGTON, March 27 (Xinhua) -- The number of confirmed COVID-19 cases in the United States has topped 100,000, according to data compiled by the Center for Systems Science and Engineering (CSSE) at Johns Hopkins University.

In the United States, New York state has been hit the hardest, with 44,870 confirmed cases, followed by states of New Jersey and California, respectively with 8,825 cases and 4,569 cases.