KATHMANDU, May 9 (Xinhua) -- The confirmed COVID-19 cases increased by 8,850 to 394,667 in total on Sunday in Nepal, while 52 more deaths were reported during the past 24 hours, showed data released by the country's Ministry of Health and Population. 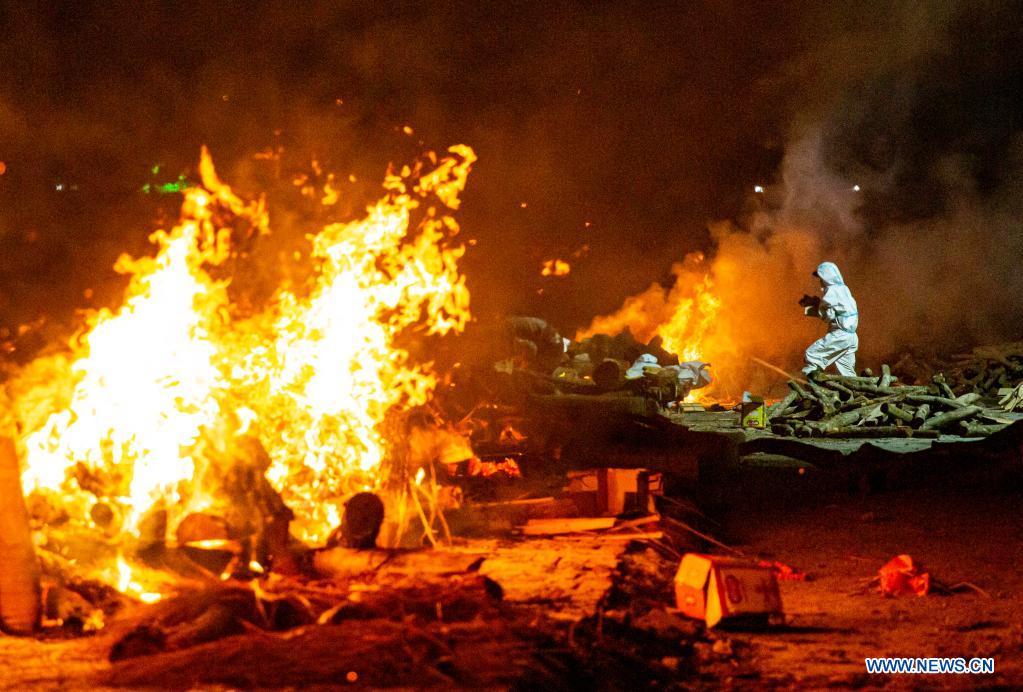 A worker cremates victims who died from COVID-19 at Pashupatinath Temple crematorium in Kathmandu, Nepal, May 9, 2021. (Photo by Sulav Shrestha/Xinhua)

It is the fifth consecutive day that the country with a population of some 30 million recorded over 8,000 daily cases.

The country reported a record 58 deaths in 24 hours on May 5.

Health experts and officials have said more infections and deaths are expected in the days to come as the Himalayan country is suffering a second wave of the coronavirus epidemic.

Hospitals in several parts of Nepal, including those in the Kathmandu Valley, have been overwhelmed with COVID-19 patients. Several hospitals announced that they had stopped taking new patients due to an acute shortage of medical oxygen.

"Our situation is pathetic and helpless," Sameer Kumar Adhikari, joint spokesperson at the health ministry, said on Sunday.