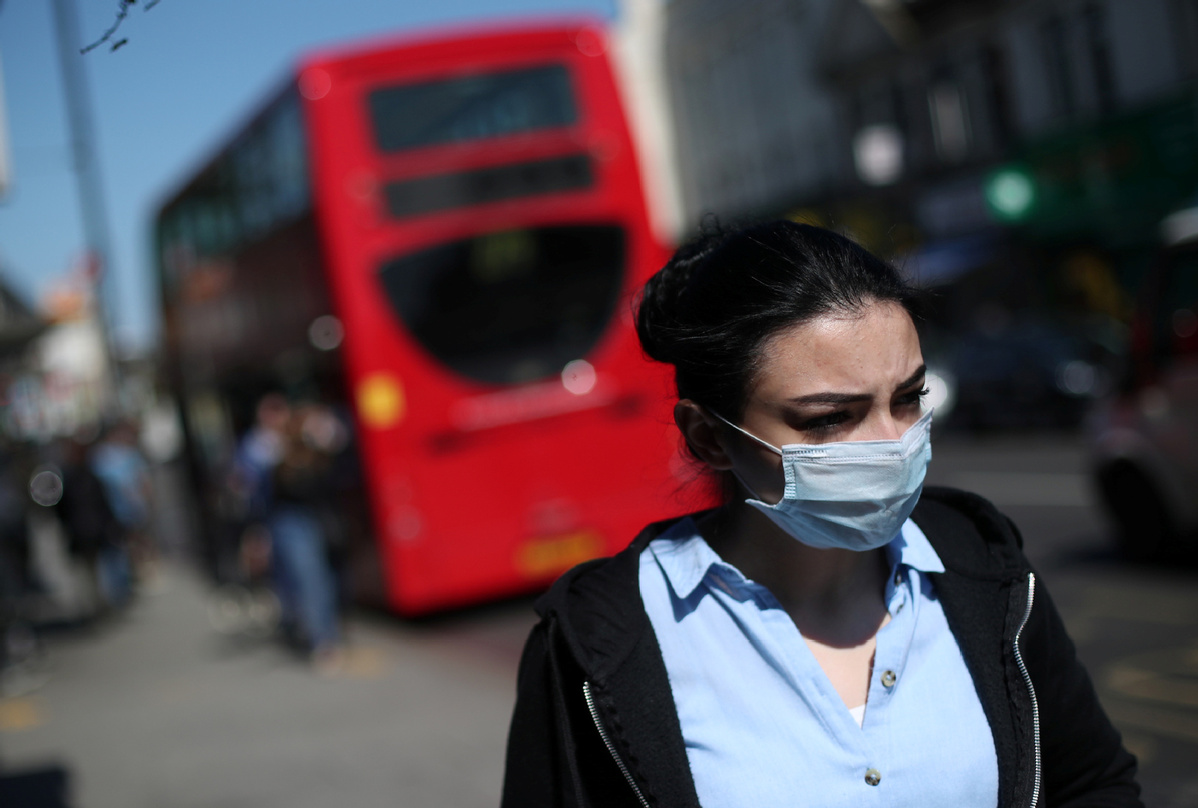 A woman wearing a mask in Tottenham as the spread of the coronavirus disease (COVID-19) continues, London, Britain, April 14, 2020. (Photo: Agencies)

LONDON - The death toll of those hospitalized in Britain who tested positive for the novel coronavirus reached 12,107 as of Monday afternoon, a daily increase of 778, the Department of Health and Social Care said Tuesday.

"These are tough times and there will be more to come," said Chancellor of the Exchequer Rishi Sunak during Tuesday's Downing Street daily press briefing, adding that the latest death figures are a "powerful reminder" of the need for people to stick to social distancing rules.

"We absolutely need to make sure that we keep the benefits of this going forward and we don't take a foot off the pedal, we don't become complacent," said Sunak.

Sunak stressed that Britain's strategy is not about "choosing" between people's health and the health of the economy, calling "not to take action to protect people's health" as "self-defeating".

Earlier Tuesday, the Office for Budget Responsibility (OBR) warned Britain's economy could shrink by 35 percent in the second quarter, and the unemployment could rise by more than 2 million to 10 percent during that period of time.

Meanwhile, the Office for National Statistics (ONS) has suggested the total number of virus-related deaths in Britain is significantly higher than the figures published by the National Health Service (NHS) and the health department, which only count hospital deaths.

According to the ONS, around one in 10 coronavirus-related deaths registered up to April 3 in England and Wales took place outside hospitals.

"The latest comparable data for deaths involving COVID-19 with a date of death up to April 3, show there were 6,235 deaths in England and Wales. When looking at data for England, this is 15 percent higher than the NHS numbers as they include all mentions of COVID-19 on the death certificate, including suspected COVID-19, as well as deaths in the community," said Nick Stripe, head of health analysis and life events at the ONS.

The provisional number of deaths registered in England and Wales in the week ending April 3 (week 14) was 16,387, representing an increase of 5,246 deaths registered compared with the previous week (week 13) and 6,082 more than the five-year average, according to the ONS.