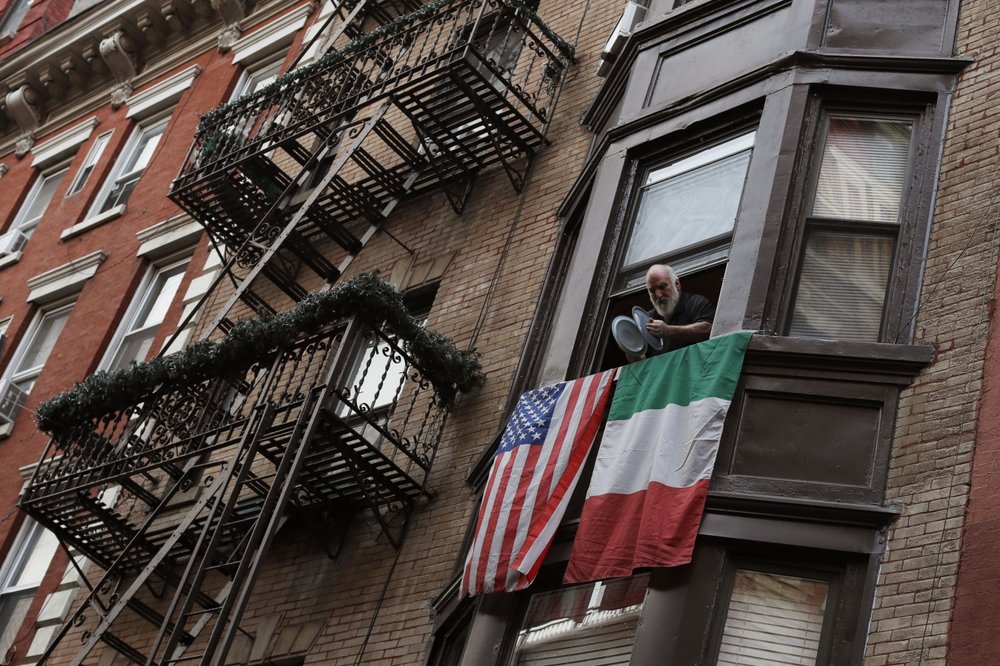 A man leans out the window on Mulberry Street in New York's Little Italy and bangs together pot lids to show his support for those in the front lines fighting against the coronavirus pandemic, Monday, April 13, 2020. (Photo: AP)

NEW YORK, April 14 (Xinhua) -- The death toll from COVID-19 in New York City (NYC) increased by some 3,700 on Tuesday to exceed 10,000 after including those who presumably died of the disease but never got tested for the coronavirus, according to The New York Times.

The Times reported that the city's Health Department has been working for weeks to collect those missed data by learning about those who passed away with the same symptoms as COVID-19 and their medical histories.

The city's official number of deaths was believed to be an undercount as people who died at home before they got tested for the virus were left out, local officials and media had said.

Due to limited testing and hospital capacity, especially at the beginning of the outbreak, many people with mild to mid-level symptoms were turned down at testing centers.

Mark Levine, chair of the NYC Council Committee on Health, said last week that normally 20 to 25 people die at home on a daily basis in the city, while the number now is at 200-215 every day.

"For sure nearly all the increase is people with coronavirus. But not all are being counted that way," he tweeted.

"Only people who die at home who are known to have a 'positive coronavirus test' have the disease listed as the official cause on their death certificate. We know there are many others going uncounted," he said.