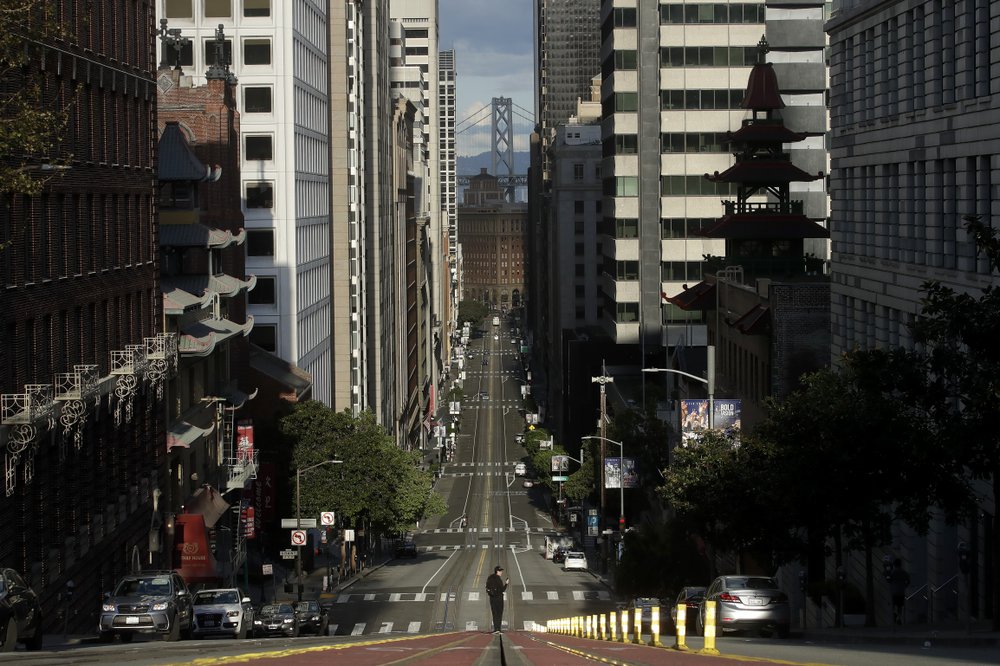 FILE - In this March 21, 2020, file photo, a man stands in the middle of a cable car tracks on a near empty California Street in San Francisco. (Photo: AP)

A total of 742,442 cases have been reported in the country, according to the CSSE.