TOKYO, March 17 (Xinhua) -- Japanese Prime Minister Yoshihide Suga said on Wednesday the government plans to end the COVID-19 state of emergency in place for the greater Tokyo area on Sunday as per the initial schedule, as new infections have declined and hospitals have become less burdened. 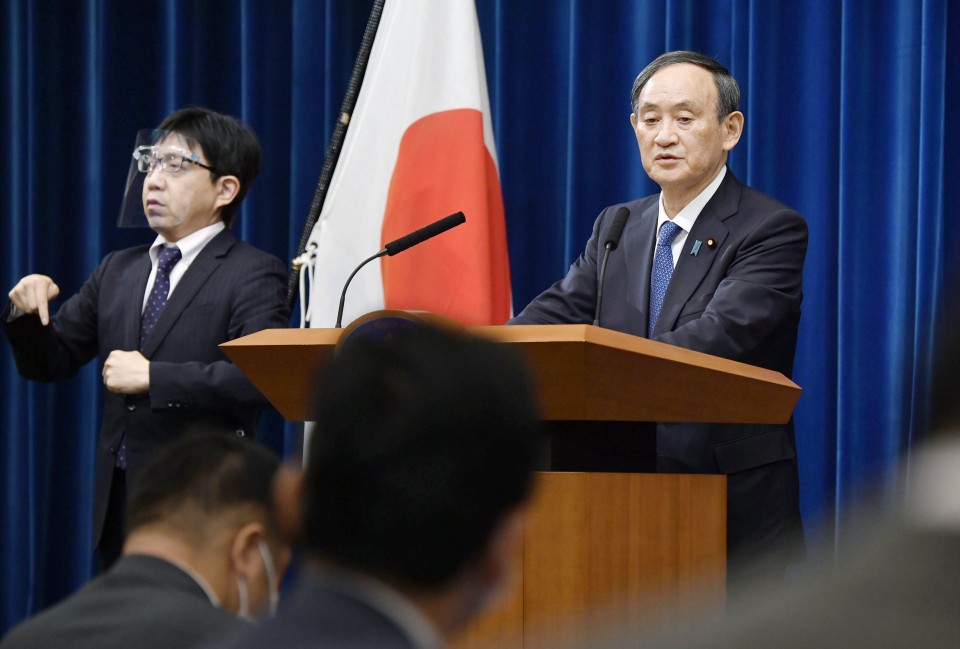 "I will make a final decision after hearing the opinion of the panel of experts in infectious disease and other fields," the prime minister told a press briefing on the matter.

Suga's remarks followed the move being traversed with members of his Cabinet, particularly health minister Norihisa Tamura and minister in charge of coronavirus response Yasutoshi Nishimura.

Suga declared a one-month state of emergency for the greater Tokyo area on Jan. 7 due to the virus' resurgence, before expanding the emergency measure to a total of 11 prefectures.

Under the current state of emergency, restaurants and bars must close by 8:00 p.m. and people are being urged to avoid leaving home unnecessarily, particularly in the evenings.

Businesses are requested to promote remote working, while attendees at large-scale events have been capped at 5,000 people.

While infections have dropped since the emergency period was put in place, the rate of decline in infections has slowed, recent figures have shown.

The Tokyo Metropolitan government's own target of keeping the seven-day average of infections below 70 percent of the previous week, has yet to be reached.

Tokyo's local government reported 409 new daily COVID-19 cases on Wednesday, marking the first time the latest daily tally has risen beyond the 400-mark since Feb. 18 and jumping from 300 cases reported the previous day.

The capital's cumulative total of infections since the outbreak of the pandemic here now stands at 116,293.

In terms of patients designated as being "seriously ill" and typically requiring hospitalization and the assistance of ventilators or extracorporeal membrane oxygenation (ECMO) machines, officials said the latest figure stood at 41, which is one lower compared to the previous day.

The city also said that seven people confirmed to be infected with the virus had died, bringing the total number of people who had died from the virus in Tokyo to 1,612.

If the panel of experts in infectious disease and other fields on Thursday deem it appropriate for the state of emergency for Tokyo, Kanagawa, Saitama and Chiba prefectures to be lifted, Suga will explain the decision in parliament, informed sources said. They added the decision would be made official in the evening at a meeting of the government's COVID-19 task force.