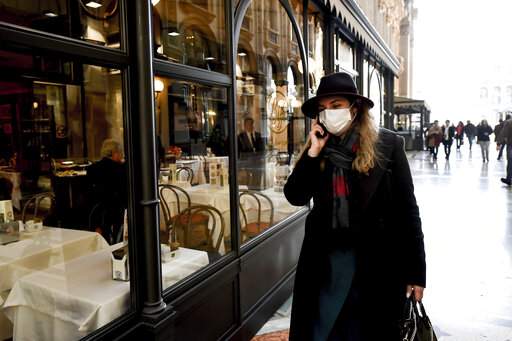 Los Angeles (People's Daily) - Although the European Union has yet to take drastic measures to stop the spread of the new novel coronavirus, it is prepared to do so as the number of confirmed cases continues to rise in Italy, France, Germany and Spain.  Right now, over 80,000 people in about 40 countries have been infected with the new coronavirus.

This week, Italy emerged as the epicenter of the virus outbreak in Europe. On February 27, Italian health officials announced there were over 400 confirmed COVID-19 cases in the country’s northern region and six deaths.  Schools, museums, and cinemas were ordered to close, and public events have been canceled.

France reported its first COVID-19 case on January 24.  On Wednesday, French health officials said there were 18 confirmed cases in the country.  A 60-year-old college professor, who had not visited any countries at risk died of flu-like symptoms on Tuesday. It was also reported that an elderly Chinese tourist died on February 14 from symptoms related to COVID-19

Also, on Wednesday, Spanish authorities announced there were 15 confirmed COVID-19 cases. Most of the cases involve Italians or people traveling from northern Italy.