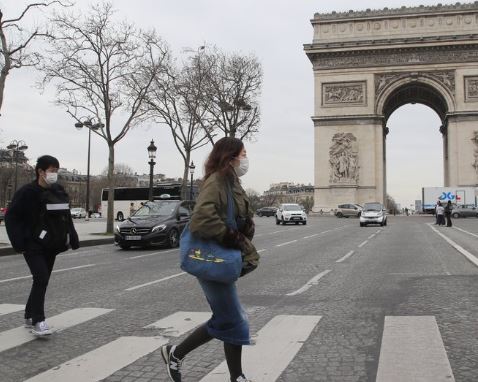 Paris (People’s Daily) -- The French ministry of solidarity and health announced Friday that 1,617 new cases of COVID-19 had been identified in the past 24 hours.

This makes a total of 12,612 cases that have been diagnosed since the epidemic hit France, of which 5226 were admitted to hospital for treatment, 1297 were severe, 450 were fatal and 1587 were cured.

France has conducted more than 50,000 tests so far.

French clinical trials have found that young patients have a small number of new symptoms of loss of smell and even taste without obstruction of the nose.