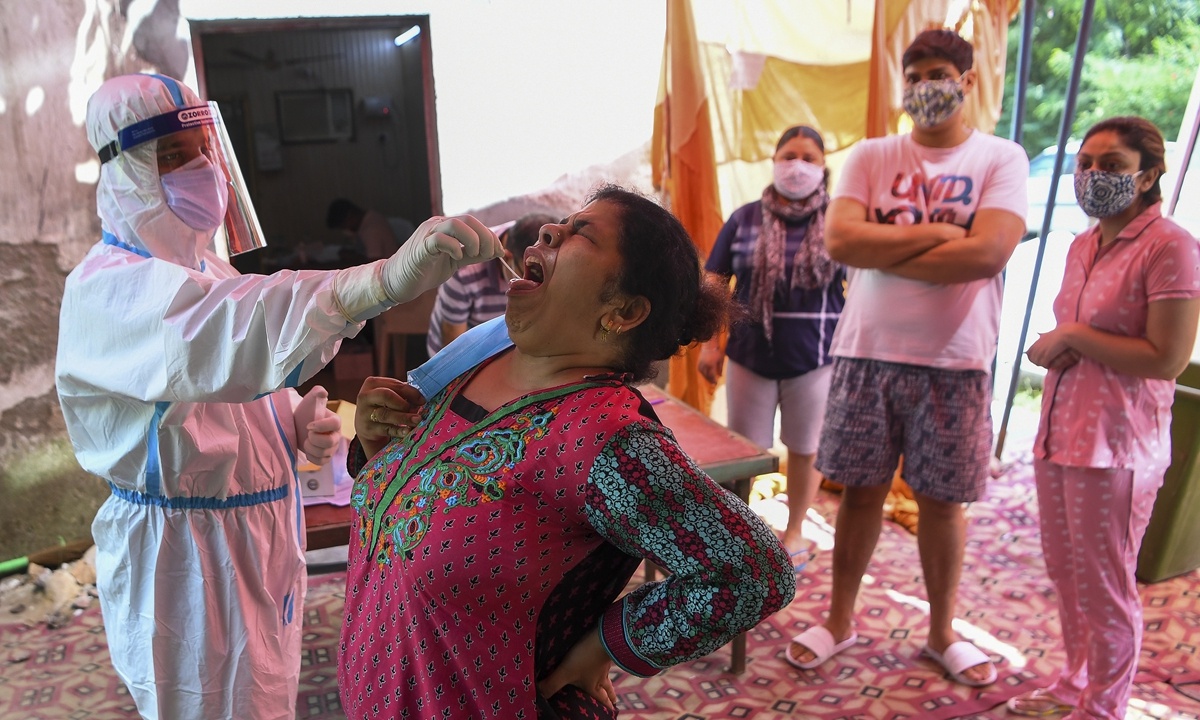 Chinese observers and netizens believe mass COVID-19 infections in the Indian army, including its border troops, may sway the border situation, as more than 10,000 of its border troops have caught the virus.

Indian media reported on Sunday that over 36,000 members of its central police force under India's Ministry of Home Affairs have contracted the coronavirus, with 128 dead.

The report drew widespread attention from Chinese netizens, who are closely observing border tensions between the Chinese and Indian troops, as the epidemic could undermine the morale of Indian troops stationed along the border. Some asked frontline People's Liberation Army (PLA) soldiers to watch out for possible infections, and stay healthy while protecting the border.

Some also joked that the Indian army may lose to the coronavirus before being defeated at the border.

The mass contagion within the army will have a potential to sway the situation on the China-India border, as it will greatly undermine the determination and morale of Indian troops, Hu Zhiyong, a research fellow at the Institute of International Relations of the Shanghai Academy of Social Sciences, told the Global Times.

Hu predicted that the contagion within the troops will spread further, as the majority of soldiers in its troops belong to the low caste, so their health does not particularly concern Indian authorities, and that India is facing a severe shortage of medical resources.

However, Hu brushed off netizens' concerns that the infections among Indian border troops put PLA soldiers in the border area at risk, saying that unlike the Indian side, Chinese soldiers are fully prepared.

Southwest China's Tibet Autonomous Region, which borders India, has not reported any confirmed COVID-19 cases since February. None of the more than 4,000 PLA soldiers dispatched to help coronavirus-struck Wuhan contracted the virus, either, authorities reported in March.

India's confirmed coronavirus tally reached 6 million cases on Monday, putting the country second to the US in terms of reported COVID-19 cases.

Hu predicted that if India still refuses to step up COVID-19 prevention measures, it will soon take over the US to become the country with the largest number of COVID-19 cases.