WORLD COVID-19 may have occurred before mid-January in US: health officer

COVID-19 may have occurred before mid-January in US: health officer 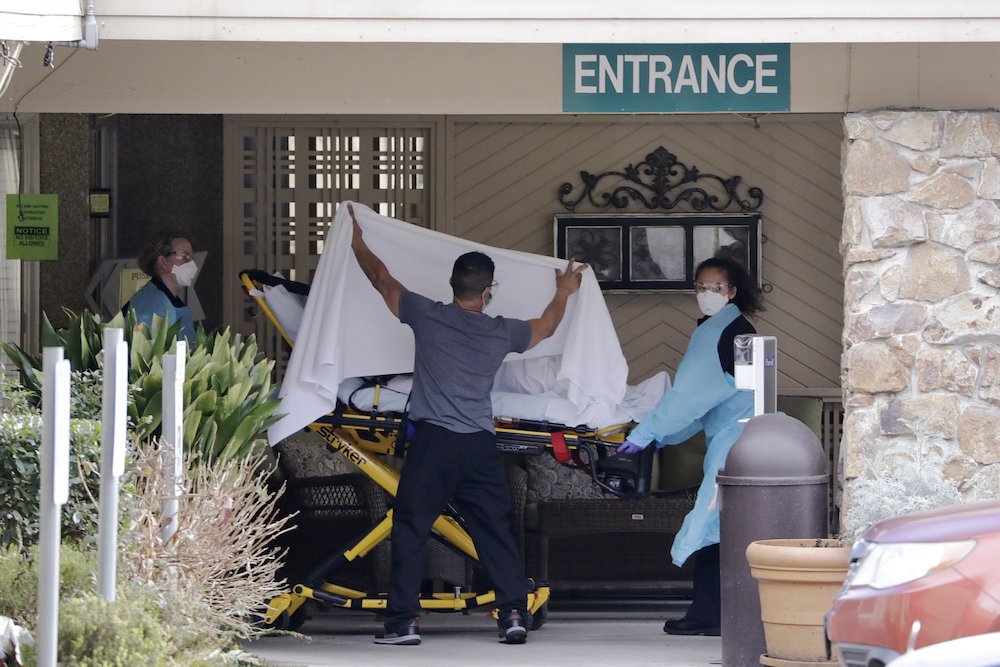 A person is taken by stretcher to a waiting ambulance from a nursing facility in Kirkland, Washington State. (File photo: AP)

SAN FRANCISCO, May 15 (Xinhua) -- COVID-19 may have occurred before mid-January in the United States as two persons with positive serology or blood-based tests had COVID-like illness last December, a health official from the U.S. state of Washington said Friday.

Among 295 probable cases, 35 had positive serological or blood tests and two of those individuals investigated reported having a COVID-like illness in mid- to late December, the Snohomish health district confirmed in a media release on Friday.

These two persons told their district's case investigators they got sick with COVID-like illnesses in mid- to late December, several weeks prior to the country's first confirmed case in mid-January.

"Given reports like the ones that we've had and others around the country, the introduction of COVID-19 may have occurred prior to mid-January," Chris Spitters, the district's health officer said.

"A positive serology test indicates prior coronavirus infection. It does not provide details on when the infection was acquired," he added.

Spitters noted that respiratory-tract symptoms experienced in December in each case overlap with other illnesses. "It is hard to determine if their illness in December truly was COVID-19, or if it was due to another respiratory infection and they later acquired an asymptomatic COVID-19 infection."

An additional 20 to 30 positive serologic results have been reported to the health district and are awaiting case investigation.

Health district investigators will follow up on reports of positive serologic results as time is available, the media release said.