WORLD COVID-19 may not have originated in China, existed in environment for many decades

COVID-19 may not have originated in China, existed in environment for many decades 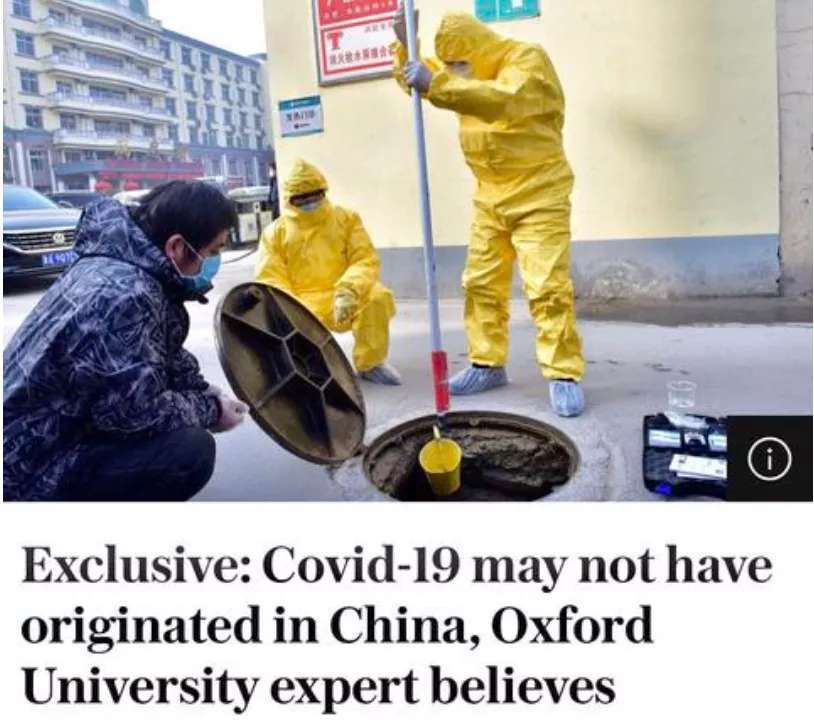 (Screenshot of the report by The Telegraph)

The SARS-CoV-2 virus that causes COVID-19 may not have originated in China but could have been thriving in a dormant stage in the environment for decades, according to researchers.

While a British epidemiologist found the virus prevalent in many parts of world before the pandemic, another study traced a part of the virus gene in existence for thousands of years.

A combination of conditions led to its viral spread, reported The Telegraph on Sunday, citing a British epidemiologist.

"I think the virus was already here, here meaning everywhere. We may be seeing a dormant virus that has been activated by environmental conditions," said Dr. Tom Jefferson, an honorary senior research fellow at the Center for Evidence-Based Medicine (CEBM), University of Oxford.

The agents don't come or go anywhere, said Jefferson. "They are always here and something ignites them, maybe human density or environmental conditions."

He pointed out that the growing evidence had suggested that "the virus was elsewhere before it emerged in Asia," mentioning the increasing detection of the virus in sewage across the globe.

Another research found a part of the coronavirus gene developed around 60,000 years ago during the existence of Neanderthals, wrote a new study which is yet to be published. The virus developed in later years and could be found in the genes of people in many countries.

Previously, Spanish researchers detected the coronavirus in samples taken from wastewater collected in Barcelona in March 2019, and their counterparts in Italy also found traces of the virus in the sewage of Milan and Turin last December.

The traces of coronavirus were tracked months earlier than officially reported.

Also, as clusters of the virus developed in food factories and meat packaging plants, Jefferson and Carl Henegehan, director of the CEBM, think there are new routes of transmission, which may be transmitted through the sewage system or "shared toilet facilities coupled with cool conditions that allow the virus to thrive."

"There is quite a lot of evidence that huge amounts of the virus in sewage all over the place, and an increasing amount of evidence there is fecal transmission. There is a high concentration where sewage is four degrees, which is the ideal temperature for it to be stabled and presumably activated. And meatpacking plants are often at four degrees," the two experts wrote.

They called on researchers to study the ecology of the virus.

"These outbreaks need to be investigated properly with people on the ground one by one… You question people, and you start constructing hypotheses that fit the facts, not the other way around," they added.