WORLD COVID-19 origins tracing should be based on science, not politics: experts

COVID-19 origins tracing should be based on science, not politics: experts 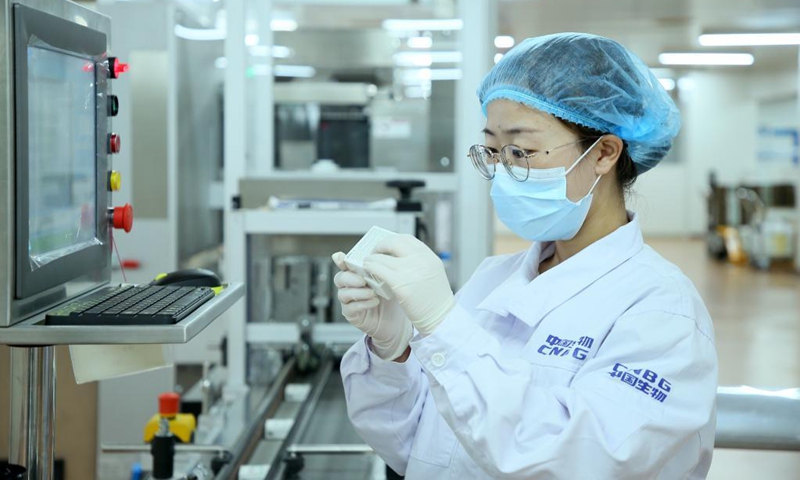 A staff member checks the packaging of the Sinopharm vaccines in Beijing, capital of China, May 31, 2021. (Photo: Global Times)

ISLAMABAD -- Experts from around the world say politically-driven attempts by the United States and its allies regarding COVID-19 origins tracing are hindering global efforts to fight the disease.

Politicizing origins tracing disrespects science, endangers human lives and undermines efforts to end the pandemic, said the experts at a webinar organized by the Friends of BRI Forum, a Pakistan-based think tank, on Friday.

"Instead of learning from the Chinese experience, the US and its allies increased the process of politicization at the peril of huge human losses in their own countries," said Ghulam Mujaddid, assistant professor at the Air University in Pakistan.

Henry Chan, visiting senior research fellow at the Cambodian Institute for Cooperation and Peace, said that "the virus has no passport, and it does not understand human language, so we need to only rely on science to understand the origins of the virus."

Politicizing origins tracing has disastrous consequences for humanity, Chan said, adding that a collective approach to fighting the crisis instead of pointing fingers is needed.

Nadia Helmy, associate professor of political science at Egypt's Beni-Suef University, believed that there are strategic and economic motivations behind efforts to politicize the virus' origins tracing.

Being a responsible global player, China has extended proactive help to mitigate the pandemic throughout the world through global health cooperation and donations of vaccines, Helmy said.

"Our stand should not be against any country but against the politicization of the virus," he said. "China has set a great example for international cooperation."