SYDNEY, Aug. 9 (Xinhua) -- As COVID-19 outbreak continued to spread to more areas in the Australian state of New South Wales (NSW), its neighbouring states to the north and south will tighten borders to quash budding cases. 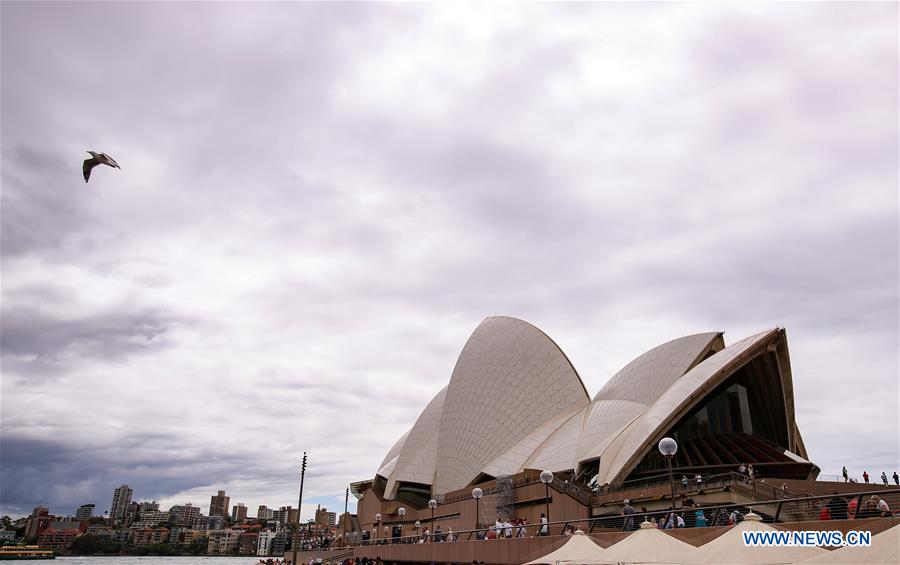 NSW Authorities announced on Monday that Tamworth, a city halfway between Sydney and the border with Queensland, will enter into lockdown for one week from 5:00 p.m. local time. The announcement came following a female visitor tested positive after visiting the area.

"We are absolutely concerned about what is happening in New South Wales," said Palaszczuk.

Queensland finds itself playing whack-a-mole with its outbreaks. Just as areas around Brisbane in the state's southeast lifted lockdown restrictions late last week, Cairns and Yarrabah to the north were plunged into a three-day snap lockdown.

Queensland recorded four new locally acquired cases on Monday, all of which were isolated throughout their infectious period.

The state of Victoria, which recorded 11 new locally acquired cases on Monday, also called for NSW to play their part in tightening state borders.

"There should be a ring of steel around Sydney, then we wouldn't have to be defending our border as much as we are," Victorian Premier Daniel Andrews said.

NSW, with 283 locally acquired cases of COVID-19 recorded on Monday from a record 133,840 tests, remained the epicenter of the outbreak, with a woman in her 90s becoming the 29th death case related to the current outbreak.

Though the total number of COVID-19 patients in hospital in NSW fell to 349 from 351, people in the ICU rose from 58 to 67. Manager of Royal Prince Alfred Hospital's intensive care unit Dr. Richard Totaro warned that ICUs are a "limited resource" and urged people to get vaccinated to reduce the burden of healthcare sector.

As of Monday, 4,449,056 doses were administered in NSW, and the state hopes to reach 6 million jabs by the end of this month.