By the time New York City confirmed its first case of the coronavirus on March 1, thousands of infections were already silently spreading through the city, a hidden explosion of a disease that many still viewed as a remote threat as the city awaited the first signs of spring, according to a media report in the New York Times on Thursday.

The report noted that hidden outbreaks were also spreading almost completely undetected in Boston, San Francisco, Chicago and Seattle, long before testing showed that each city had a major problem, according to a model of the spread of the disease by researchers at Northeastern University who shared their results with The New York Times. 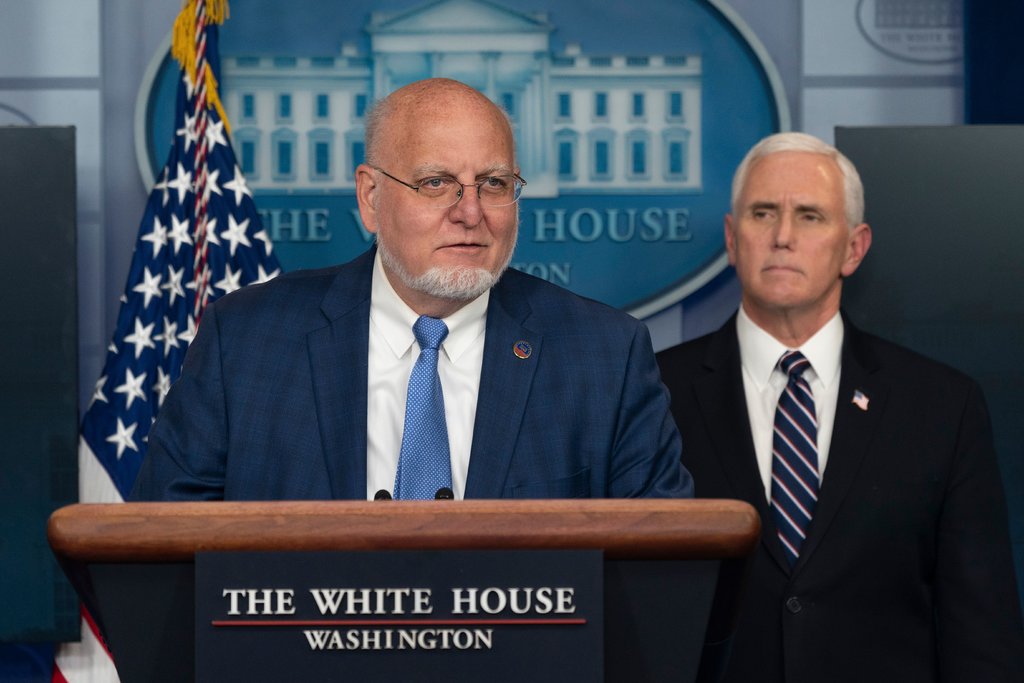 Dr. Robert R. Redfield, the director of the Centers for Disease Control and Prevention, and Vice President Mike Pence during a news briefing this month. (Photo: New York Times)Credit...

It's reported that even in early February — while the world focused on China — the virus was not only likely to be spreading in multiple American cities, but also seeding blooms of infection elsewhere in the United States, the researchers found.

In five major US cities, as of March 1 there were only 23 confirmed cases of coronavirus. But according to the Northeastern model, there could have actually been about 28,000 infections in those cities by then.

While it turns out that as political leaders grappled in February with the question of whether the outbreak would become serious enough to order measures like school closures and remote work, little or no systematic testing for the virus was taking place.

According to the report, other disease researchers said the findings of Dr. Marco Vespignani's team were broadly in line with their own analyses. The research offers the first clear accounting of how far behind the United States was in detecting the virus. And the findings provide a warning of what can recur, the researchers say, if social distancing restrictions are lifted too quickly.

Dr. Robert R. Redfield, the director of the Centers for Disease Control and Prevention, said last week that American health officials had been successful in tracking the first known cases and their contacts in the United States before the outbreak got out of control. 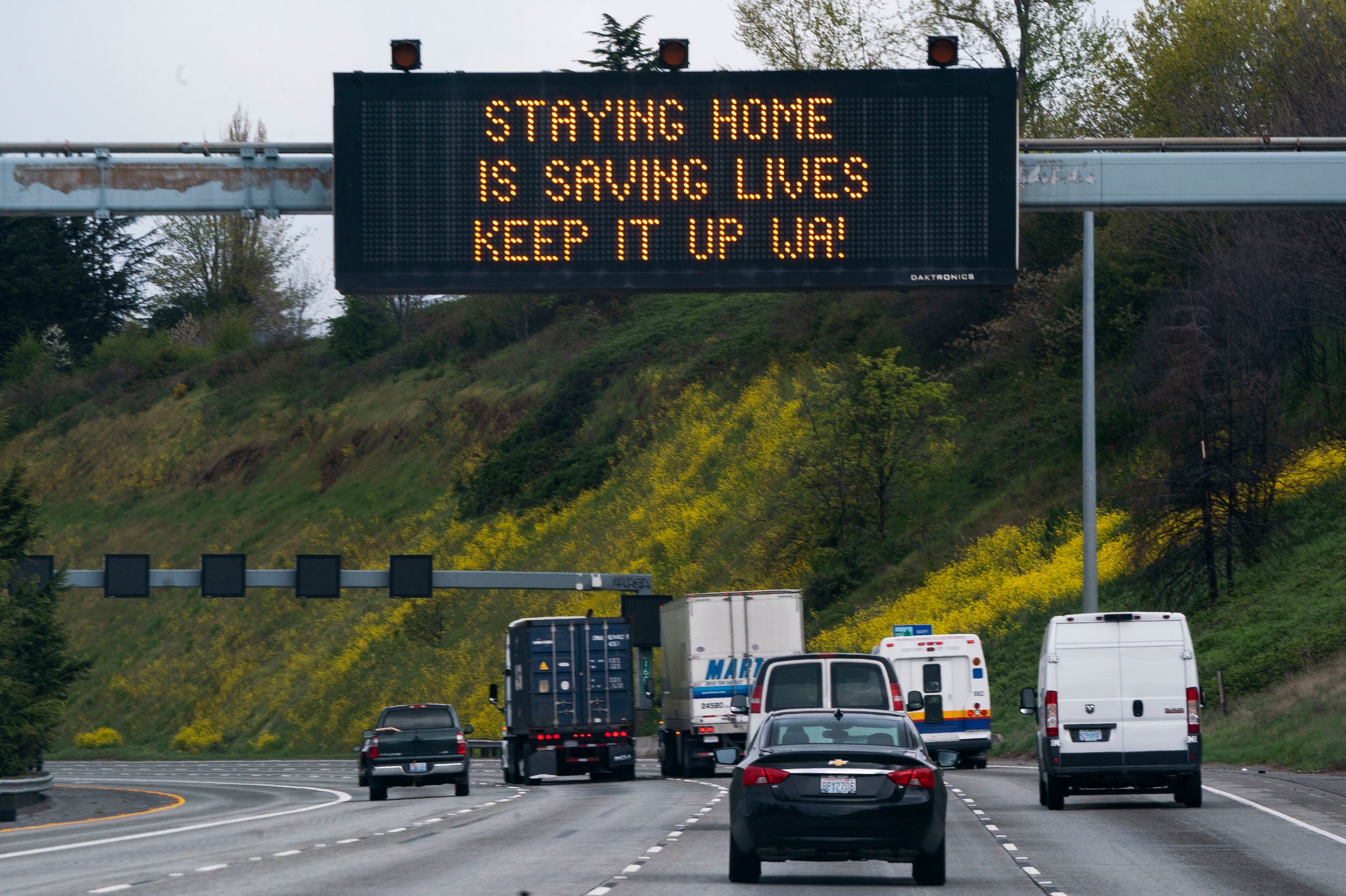 By late February, as the world’s attention shifted to a dire outbreak in Italy, those 14 known American cases were a tiny fraction of the thousands of undetected infections that the researchers estimated were spreading from person to person across this country.

And more cases may have been arriving in the United States by the day.

"Knowing the number of flights coming into New York from Italy, it was like watching a horrible train wreck in slow motion," said Adriana Heguy, director of the Genome Technology Center at New York University's Grossman School of Medicine.

The report said Dr. Heguy's team and another at the Icahn School of Medicine at Mount Sinai have found through genetic analysis that the seeds of most infections in New York came from multiple locations in Europe, rather than directly from China. 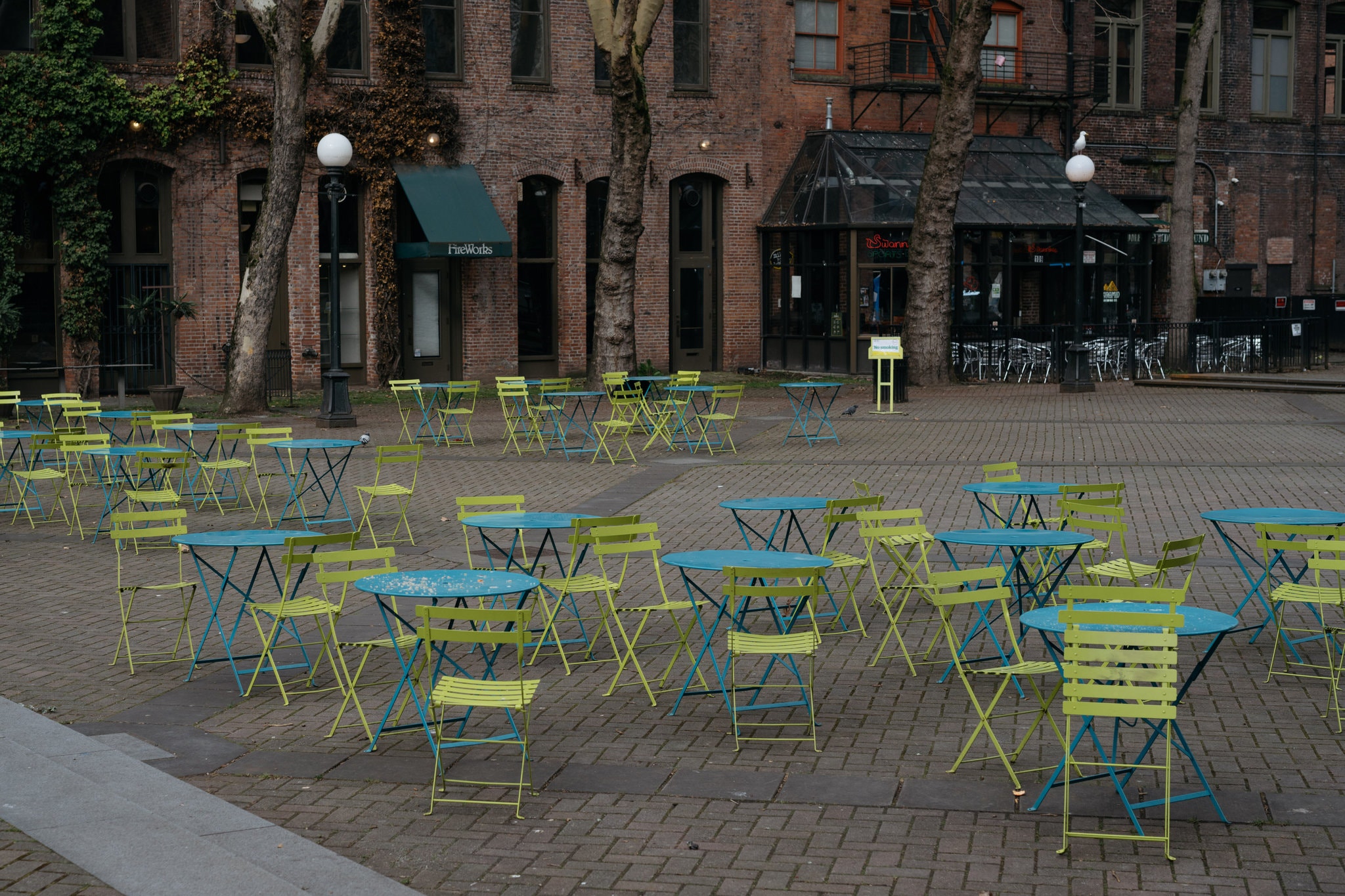 As early as March 14, much of Seattle was quiet as people avoided gathering in normally busy public places, like Pioneer Square. (Photo: New York Times)Credit...

There are other signs that the outbreak was worse at an earlier point than previously known. This week, health officials in Santa Clara County, California, announced a newly discovered coronavirus-linked death on February 6, weeks earlier than what had been previously thought to be the first death caused by the virus in the United States.

Some scientists cautioned that the new report's estimates of an enormous, unseen wave of infections could be too high — even though testing surveillance lagged at the time.

"Even with these corrections, it's still on the high side — this is higher than I would have expected," said Dr. Donald Burke, a professor of epidemiology at the University of Pittsburgh Graduate School of Public Health.

Others said that the findings were in line with the fragmentary evidence that had been available until now. Lauren Ancel Meyers, a professor of biology and statistics at the University of Texas at Austin, said that her own risk estimates and most recent projections reveal a grim stealthiness of early coronavirus spread.

"By the time you see a few cases, it’s pretty certain that you already have an outbreak underway," Dr. Meyers said.

Unseen carriers of the disease, many of them with mild symptoms or none at all, can still spread the virus. For that reason, by the time leaders in many cities and states took action, it was already too late to slow the initial spread.

A few cities with early outbreaks, notably Seattle, are believed to have avoided enormous growth later by heeding the models available at the time and taking action well ahead of the rest of the country.

In comparison, city and state officials in New York acted more slowly, waiting until known cases were at a higher level to shut down schools and issue a stay-at-home order. Mayor Bill de Blasio was reluctant to embrace shutdowns until mid-March, citing the impact they would have on vulnerable New Yorkers.

"Even while we learn new things about this virus almost daily, one thing remains consistent: New Yorkers were put at risk by the federal government’s total failure to provide us with adequate testing capability," said the mayor's press secretary, Freddi Goldstein.

From these primary travel hubs and a few other cities, the model shows, the disease was then spread to other locations in the United States.

The virus moved under the radar swiftly between February and March, doctors and researchers said, because few cities or states had adequate surveillance systems in place. And testing, if it was being done at all, was haphazard. Emergency rooms were busy preparing for the predicted onslaught and likely missed some early virus-related deaths, and did not have the time or tools to verify infections on the fly, experts said.

It was mid-March before teams at NYU and Mount Sinai began taking samples for testing in New York.

The new findings from the model produce a range of possible outcomes for when the virus may have infected 10 people in each city. In New York, for example, the model shows that the first 10 infected people could have been walking the streets of the city as early as the last week in January, or as late as the middle of February. From there, the infections in the centers of the outbreak grew exponentially.

Trevor Bedford, an associate professor at the Fred Hutchinson Cancer Research Center and the University of Washington in Seattle, said it became clear in late February that “community transmission” — an infectious outbreak — was probably silently underway in Washington after a single test result came back positive for someone who had no symptoms.

Whatever the precise scale of the initial outbreak, that same dynamic will accelerate once measures to mitigate the spread are relaxed without other public health measures in place, Dr. Burke said.

"When you take away social distancing, everything will go right through the roof," he said.

(With input from New York Times)