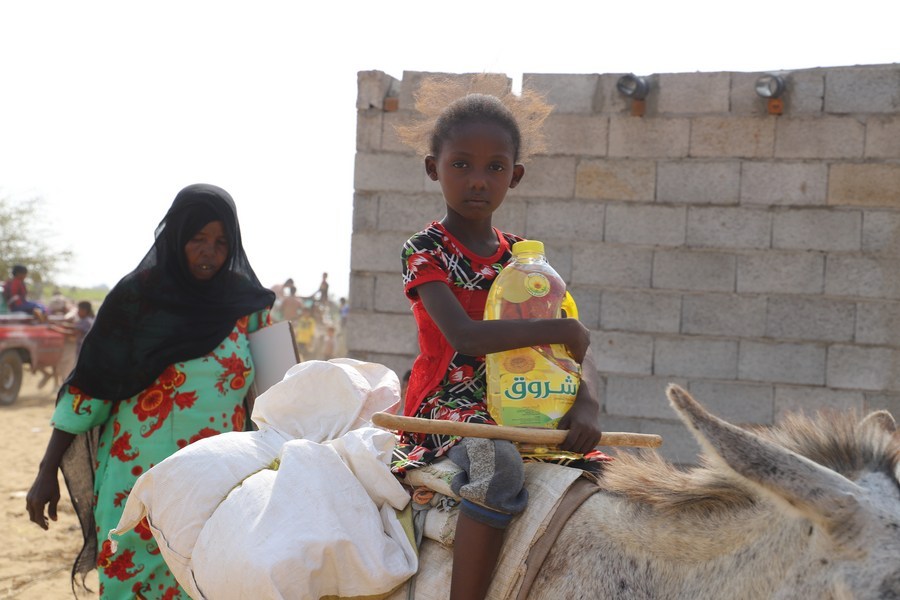 The COVID-19 pandemic has reversed development gains for millions in poor countries, creating an even more sharply unequal world, according to a UN report released on Thursday.

The global economy has experienced the worst recession in 90 years, with the most vulnerable segments of societies disproportionately affected, said the Inter-agency Task Force on Financing in its Financing for Sustainable Development Report 2021, pointing out that some 114 million jobs have been lost, and about 120 million people have been plunged back into extreme poverty.

The highly uneven response to the pandemic has "widened the already yawning disparities and inequities within and between countries and peoples," according to the 60 international agencies that authored the report.

While an historic $16 trillion in stimulus and recovery funds released by governments worldwide have helped to stave off the worst effects, less than 20 percent of it was spent in developing countries.

By January, all but nine of the 38 countries rolling out vaccines were developed ones.

Before COVID-19, around half of the least developed and other low-income countries were under threat of, or already experiencing, debt distress. Coupled with falling tax revenues, that has subsequently sent debt levels soaring.

In the world's poorest countries, the Sustainable Development Goals could be pushed back another 10 years, warned the report.

The report said that immediate action is needed to address widening inequalities, rebuild better, and prevent the development reversal.

"What this pandemic has proven beyond all doubt is that we ignore global interdependence at our peril. Disasters do not respect national boundaries," UN Deputy Secretary-General Amina Mohammed said.

Meanwhile, the UN undersecretary-general for economic and social affairs, Liu Zhenmin, who is also head of the Department of Economic and Social Affairs that produced the report, flagged that countries must be helped to stay afloat financially and to invest in their own development.

"To rebuild better, both the public and private sectors must invest in human capital, social protection, and sustainable infrastructure and technology," he said, adding that the "troublingly retrogressive" gap between rich and poor countries requires "an immediate course correction."

To reverse the course, the report called on governments to reject vaccine nationalism, step up contributions to the Access to COVID-19 Tools Accelerator to close 2021 funding gap, meet the 0.7 percent Official Development Assistance (ODA) commitment, provide fresh concessional financing for developing countries, and provide liquidity and debt relief for developing countries to fight COVID-19 and its repercussions.

The report emphasized that sustainable development must be conscious of risk, to respond to the crisis and reset so-called "future-proof" global systems.

It maintained that lessons learned today can allow reforms to be put in place that create resilience ahead, such as international financial architecture and policies that support financing for development.

"To change trajectory, we need to change the rules of the game," the UN deputy chief said. "Relying on the pre-crisis rules will lead to the same pitfalls that have been revealed over the past year."

To combat corporate tax avoidance and reduce harmful tax competition, the report underscored the need for a global solution on taxing the digital economy along with better technology to combat illicit financial flows.

And to reduce the overmighty market power of the digital tech giants, it suggests a review of regulatory frameworks, such as antitrust regulations.

Additionally, to reflect the reality of a changing global economy, including an increasingly digitalized world, labor market and fiscal policies must be modernized.

The report also advocated for a global reporting framework to hold companies accountable for their social and environmental impact and incorporate climate risks into financial regulation.

"A diverging world is a catastrophe for all of us. It is both morally right and in everyone's economic self-interest to help developing countries overcome this crisis," said the deputy secretary-general.