WORLD COVID-19's journey across the world mapped by scientists

COVID-19's journey across the world mapped by scientists 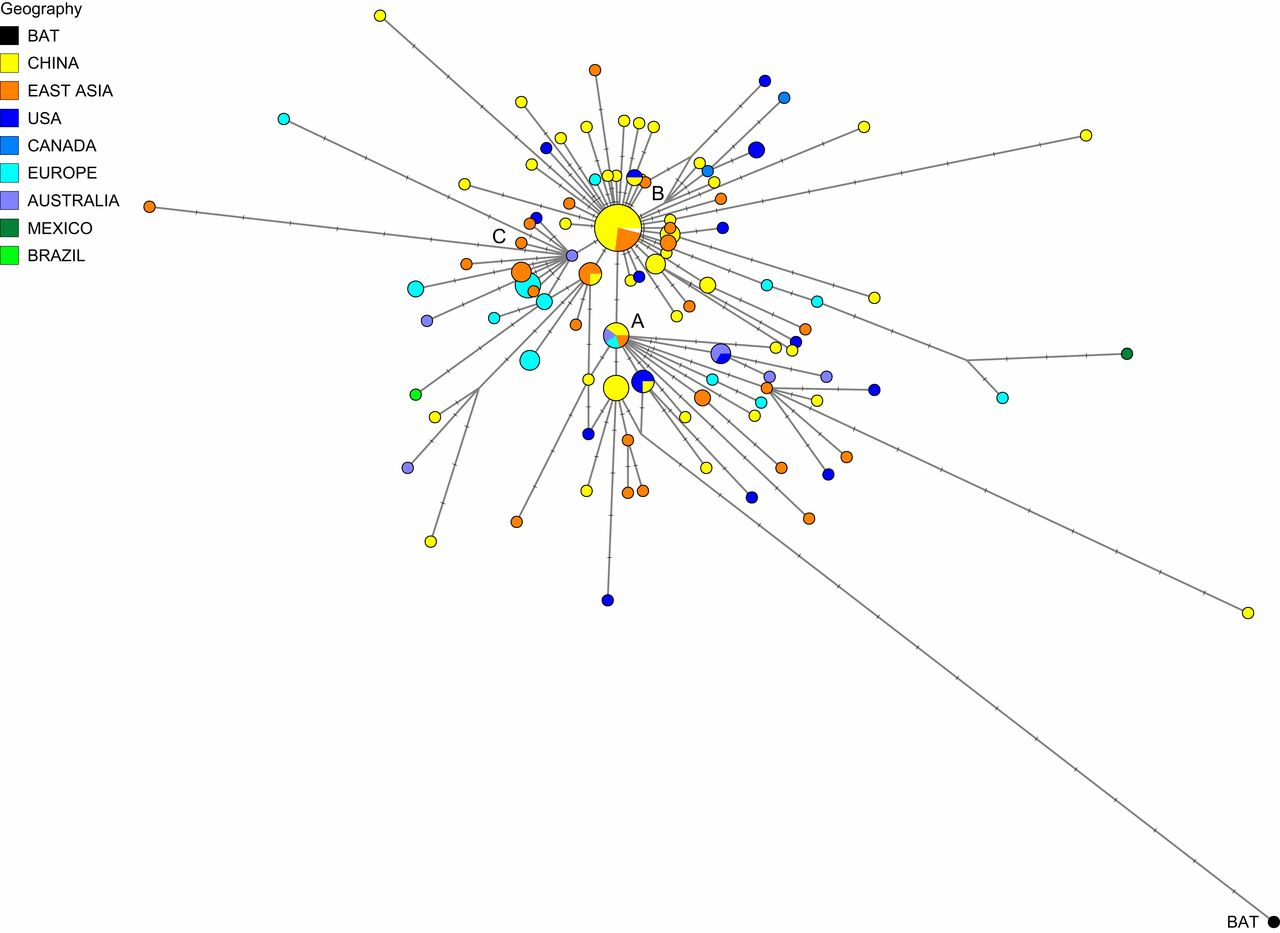 The COVID-19 virus has mutated as it has spread, research has found, allowing scientists to track its origins and potentially predict future trends.

The study may also help to establish whether the divergence in severity of the illnesses suffered by different people may be linked to infection from different strains of the coronavirus.

What is believed to be the earliest known strain of the virus, most closely related to that found in pangolins and bats, is termed by the scientists as "Type A." This variation is commonly found in the U.S. and Australia. Type A appears to have mutated into "Type B," which then evolved into a "Type C," which is the predominant strain found in Europe.

Lead author of the study, Peter Forster of Cambridge University in the UK, (above) told CGTN Europe how the journey from Type A to Type C was not apparent before this new research.

"Type A is the original type that would have infected humans and then it would mutate and change into Type B. This Type B was then the first genome to be picked up in Wuhan when the disease became apparent.

"And so researchers might be forgiven for thinking at the time that B is the original type. But actually it's not, it's Type A, which on one hand is only a minority type, but B has become the majority type during the outbreak. And that has mutated further into C."

The scientists noticed that Type B was almost exclusively found in East Asia, leading them to question whether people living outside the region had some kind of resistance to it.

But as Forster pointed out, it's hard to find a full picture of the virus because "the research effort is very different from country to country."

The study, conducted by scientists from the University of Cambridge, the University of Kiel, the German Institute of Forensic Genetics and Fluxus Technology and Lakeside Healthcare in the UK, can be used to create a map of the coronavirus's journey around the world.

The research was published in the Proceedings of the National Academy of Sciences.

The researchers reported they could not trace the virus to its roots as yet.

However, subsequent work, which has not been peer reviewed, allowed the researchers to conclude that the virus's first transmission to humans was between the middle of September and early December 2019, Forster said.